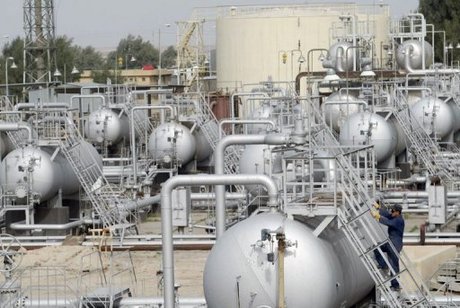 Iraqis angry over alleged religious insults beat up a Briton working at an energy company in the country's south and spurred another firm to suspend operations, officials said on Tuesday.

The two separate incidents come as Baghdad relies on foreign oil firms from the United States, Britain, China and elsewhere to help it ramp up crude output dramatically in the coming years in order to fund much-needed reconstruction.

Prime Minister Nouri al-Maliki waded into the disputes, which involved American oilfield services companies Schlumberger and Baker Hughes, calling for the deportation of one of the expats involved.

Iraqi officials said a British employee of security firm G4S working at a Schlumberger camp near the giant Rumaila oilfield had on Monday tried to remove flags and pamphlets commemorating Imam Hussein, a venerated figure in Shiite Islam, just days before annual rituals marking his death.

"A British employee took down a flag for Hussein and a picture of Imam Ali (another key Shiite figure) from the cars of the security company, and tore them down with a knife," said Ali Shaddad, a member of the provincial council of Basra, which is predominantly Shiite Muslim.

Rumaila, located in south Iraq, is the country's biggest oilfield, where Britain's BP and China's CNPC have been working with oilfield services companies to ramp up output.

"This provoked a group of workers, and they went and hit him repeatedly," said Shaddad.

He said the man was transferred to a hospital in Basra and had yet to be discharged. The provincial councillor added that there were demands for Schlumberger's offices in Basra to be closed and its foreign staff deported.

Maliki himself issued a statement calling for the expat to be deported, while also urging local residents to exercise restraint.

The British embassy in Baghdad said only that it was "aware of a consular issue, and we are following up."

The incident follows a similar one days earlier in which an Egyptian employee of Baker Hughes, another American oil services firm, also tried to remove flags commemorating Imam Hussein and Imam Ali from vehicles he was to use.

It sparked protests which spurred the authorities to arrest the Egyptian, Shaddad said, on charges of insults against religion. The case is ongoing.

Baker Hughes, which said in a statement that no injuries were suffered and its facility was secured, suspended its Iraq operations in the aftermath of the incident and declared a force majeure to its clients because of a "significant disruption of business".

"While we investigate this incident, and until the work environment has stabilized, we are halting activities in Iraq," Baker Hughes chief executive Martin Craighead said in a statement.

"We hope to resolve this issue in a timely manner, and resume operations in support of our customers and the country of Iraq, as soon as it is safe to do so."

The two incidents come amid commemorations marking the death of Imam Hussein in 680 AD at the hands of the armies of the caliph Yazid, which has over time come to mark the symbolic split between Islam's Sunni and Shiite sects.

To commemorate the occasion, millions of Shiites converge on the Iraqi city of Karbala, which houses a shrine to Imam Hussein.

Several major international energy firms operate in south Iraq, which is rich in oil reserves, but take security precautions in the form of fortified camps and secured convoys due to the high level of violence in the country.

In a sign of the importance attached to Iraq, however, outgoing Shell chief executive Peter Voser met with Maliki on Tuesday on a visit to Baghdad.

correction: wherever you go in the world, unless you're in saudi, or wahhabi-controlled areas outside saudi, and those are christian or buddhist icons you're destroying, in which case you are a hero.

The incident follows a similar one days earlier in which an Egyptian employee of Baker Hughes, another American oil services firm, also tried to remove flags commemorating Imam Hussein and Imam Ali from vehicles he was to use.

So, he was given a vehicle with Hussain memrobilia on it. It is his absolute right to refuse. Typical Shia shove it down your throat attitude. Here, in Lebanon one of them moves into a neighborhood, puts up Husain, Nasrallah, and khomeini pictures on electric posts and it becomes their turf. If someone dares removes these horrible pictures, a civil war will ensue!

as opposed to? did you try removing a geagea, hariri, or al qaeda poster?

mowaten you're not getting it, it is not about posters on the street, it is posters on cars that individuals are using. Imagine you wake up tomorrow morning and find posters on your car, or your company car, and you have to drive it the way it is. I agree with eagledown, it is a "shove it down your throat attitude"

Perhaps this guy mistook the Arabic banner and picture of man with traditional garb as commemoration of militants, he should asked first before doing something like that.

Remember Mowaten a couple of days ago when they Parodied your icon Hassan Nasrallah ?

Is Hassan Nasrallah a religious Icon ? Is it not allowed in a Hezbollah controlled country to mock politicians ? (I say he's a politician because he involves himself in politics and therefore cannot be considered a religious figure)

Hezbollah gorillaz took it to the streets with burning tires in protests.

The same Hezbollah that will grant you freedom of speech and democracy when they're in power. I wonder how our country will look like... Iran or Saudi ? They both look the same to me !

a couple of days ago? no i didnt hear about that

in any case, yes you can criticize him (that's all you guys here, plus all m14 media does every day anyway, what are you talking about?)
but you can't insult people like you constantly do, whether they're political or religious figures, or just simple citizens.

Thing is : When you mock Hassan Nasrallah, Hezbollah gangs have made it clear they will hit at you. He's not even a religious icon.

They are as bad and full of it as Saudis... I dare you to walk down the street and mock Hassan Nasrallah or the prophet in Dahyé ... let's see how you will survive !