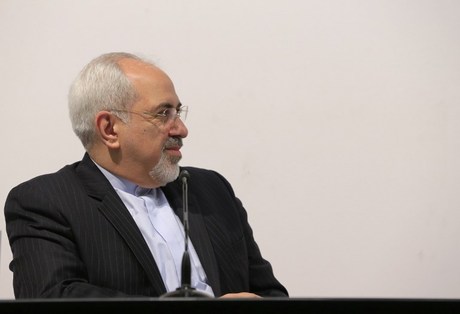 The probe into the attack on Iran's embassy in Beirut in addition to other issues linked to Syria's war are on the agenda of Iranian Foreign Minister Mohammad Javad Zarif's talks with Lebanese officials.

"Zarif will arrive on a one-day visit, to meet Lebanese officials and discuss the investigation into the attack on Iran's embassy and Majed al-Majed's case," a ministry source said Tuesday.

Majed, a Saudi suspected of heading the Abdullah Azzam Brigades, which claimed responsibility for the attack, died in custody on January 4 from kidney failure.

The sources did not rule out discussions on the repercussions of the Syrian crisis on Lebanon and the Geneva 2 peace talks.

Welcome to the president of Lebanon

We all welcome Minister Mohammad Javad Zarif. He is very Zarif and "gentil".

Good morning ice-man how are you today?

The Lebanese proconsul pays a visit. Everyone bow, scrape and grovel at his approach.

he is just a puppet, the proconsul for iraq, syria and lebanon is qassem soleimani. He is Nassy's boss.

Oh no, more Lebanese will die