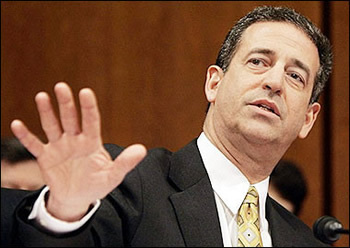 The United States on Friday urged the U.N. mission in the Democratic Republic of Congo to "redouble its efforts" in the fight against Rwandan Hutu rebels in the restive east of the country.

"The FDLR (Democratic Forces for the Liberation of Rwanda) need a similar end as the M23," said Feingold in a telephone press briefing before leaving on a trip to the region.

He said Washington fully supports the U.N. mission in the DR Congo, known as MONUSCO, but called on it to step up its efforts against the Rwandan rebel group.

"It is essential that MONUSCO, in line with its mandate, redouble its efforts to hold to its commitment to conduct operations in support of the (fight) against the FDLR," added Feingold, who spoke from Johannesburg.

In March last year, the U.N. Security Council gave MONUSCO an intervention brigade of 3,000 troops with an unprecedented offensive mandate, to help "neutralize" all the armed groups active in the volatile east of DR Congo.

The FDLR ethnic Hutu Rwandan rebels have been in mineral-rich North Kivu for some 20 years and include in their ranks some who participated in the 1994 genocide of Tutsis in Rwanda.

In December, the Congolese army and U.N. troops launched operations against the FDLR in North-Kivu province, but have not engaged in combat.

On Wednesday, the U.N.'s special deputy representative in DR Congo, Abdallah Wafy, said that fighting the FDLR was different from the battle against the M23 because the Rwandan rebels move around with women and children, raising the risk of civilians getting killed in an attack on the group.

Feingold in his phone briefing called for offensive action against the armed groups while at the same time encouraging the demobilization and peaceful reinsertion of fighters who surrender their arms.

Since its victory against the M23 movement, the Kinshasa government has vowed to go after all armed groups sowing unrest in the country's east.

On Friday the Congolese army said it has begun operations against an Ugandan rebel group, the ADF-Nalu, which has been accused of war crimes against civilians.

"At the moment, we are in the process of destroying... the main bases of the ADF-Nalu" in the region, lieutenant-colonel Olivier Hamuli, army spokesman in North Kivu province, told Agence France Presse. His claims could not be independently confirmed.

"We have the capacity to conduct simultaneous operations against the ADF-Nalu and the FDLR, but for the moment we are focusing on the ADF," he added.

The Ugandan rebels based in North-Kivu near the border with Uganda are Islamists and are considered a terrorist group by the United States.