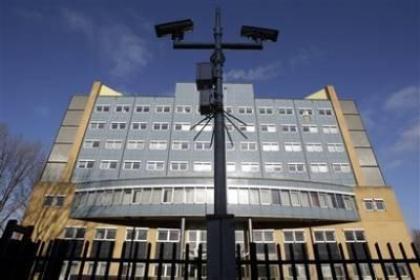 The defense teams of two of the suspects accused of involvement in ex-Premier Rafik Hariri's assassination made their opening statements on Monday, the third day of trial held at the seat of the Special Tribunal for Lebanon in The Hague.

They cited lack of evidence against the accused and stressed the difficulty of their role over lack of cooperation of the Lebanese authorities and lack of time.

The defense lawyer for Mustafa Badreddine, the alleged mastermind of Hariri's murder, is Antoine Korkmaz and the co-Counsel is John Jones.

The four Hizbullah suspects - Badreddine, Oneissi, Salim Ayyash and Assad Sabra - have been indicted in the Feb. 2005 assassination of Hariri in a suicide truck bombing that killed him and 21 others on the Beirut seafront.

The suspects are being tried in absentia because they haven't been arrested.

The fifth to be indicted was Hassan Habib Merhi, who was indicted later than the other four suspects and is not officially a suspect in the trial that started Thursday but several accusations have been made against him.

His lawyers are attending the trial in observer status.

STL's Head of Defense Office Francois Roux asked the Trial Chamber to “put a stop to violations of the rights of Merhi.”

He said Merhi was accused on Thursday and Friday in the prosecutor’s opening statements with the four others without having his effective rights given to him in pre-trial proceedings and pre-trial conferences.

Prosecutors are relying on a web of timings and locations of mobile phone calls they say were made by the bombers as they tracked Hariri in the months, weeks, days and minutes before his assassination.

But Korkmaz said there was no evidence on the participation of Badreddine in the conspiracy.

He stressed that he would challenge the accusations against Badreddine in due time.

“If the accused were in court they would have had the opportunity to express themselves. The defense won't be able to do so in lieu of the accused,” he said.

Korkmaz accused the prosecutor of communicating its documents on the investigation late to the defense team.

"Contrary to what some individuals have implied, the defense wasn’t able to carry out an in-depth investigation," he said.

He said the prosecution has no actual image at the present time of the attack of the Mitsubishi van despite numerous cameras there.

There is also a lack of photos taken by satellite, which without any doubt they do exist, he said.

He added that there is no evidence the van shown in the video images is actually the booby-trapped vehicle.

After his opening statement, Courcelle-Labrousse said the current situation in Lebanon does not make it possible for the defense team to conduct investigations.

“It is illusory to state that the defense will be able to counter the claims of hundreds of experts who were based in the prosecution's evidence,” he said.

"We are faced with an overabundance of material that is being disclosed to us," he told the court.

"We are wondering whether the start of the trial is a battle of experts," he said, a reference to the prosecution's claims.

The lawyer said the prosecutors had presented no possible motive during their opening statement that took a day and a half.

Courcelle-Labrousse said: "There are inexplicable blanks in the prosecution's case."

Co-counsel Hassan reiterated claims of the difficulties of the defense team. "The defense had to deal for five months with redacted material ... It was impossible for us to read the telecom report."

“Are only the victims of the Feb. 2005 attack worthy of an international tribunal?” he asked mentioning several other assassinations that were carried out in Lebanon before Hariri's murder.

“The hypotheses of the prosecution disregarded completely the material fact and neglected it,” he said.

He added: “The indictment is like a tree whose leaves will fall in the autumn.”

Before everyone starts panicking.... There's enough for everyone ! (Chupachups that is)

Here, have a chupete u terrorist

The defense is defending suspects who refuse to appear before the court and cross examined...LOL.

Why appear before a court, that has already falsely accused 4 innocent LAF generals.

Mystic the face on ur avatar looks stoned

he is looking for motive... does the sectarian HA need a motive to kill. Terrorists have their own motives that normal civilized people do not really understand. Let them cross examine the suspects and maybe when faced with the evidence they will confess to their motives and who ordered them to assassinate Hariri. The defense is only arguing procedural matters.

They have been wrong before, so why shouldn't they now?

At least the civilized world is affording your criminals a chance to defend themselves. When you killed Hariri you did not afford him the chance to defend himself. You judged him and executed him. Criminals the whole bunch of you..

by accusing hezbollah of killing hariri and considering them guilty before proving it, you're not affording them a chance. this tribunal is a joke

" Korkmaz is making a claim that the Hariri killing was not a terrorist act under Lebanese law. "

Yep.... for HA 3000 kgs of high explosives is less than what they normally use to celebrate every time Nasrallah appears on TV.

Please, stick to the topic at hand. No need to discuss your whole personal life here and what your daily routines are!

To all those idiots that think this trial is a waste of time you show your intelligence which is zero. The men that are accused of this crime are all dead because the people who orchestrated it killed off all the witnesses and what ever evidence that could be used the only thing they couldn't kill of was the data information from the cell networks oh and remember they killed captain Wissam Eid who discovered the link and they also killed some of the politicians that favored the STL some of the clowns out there will say izrael did it with a drone but none of the evidence proves this idiotic theory as what would izrael gain by killing hariri on the other hand syria and iran through their agents in hizbollah thought it would advance their agenda but it back fired because they forgot who put hariri in lebanon in the first place (Saudi Arabia ) and the Saudis will get their way . in my opinion hizbollah are worth squat along with syria and iran.