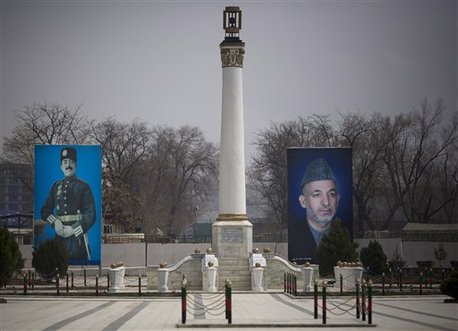 Afghanistan will vote on Saturday to choose a successor to President Hamid Karzai and to decide the make-up of 34 provincial councils in elections seen as a benchmark of progress since the Taliban were ousted from power in 2001.

"They were on their way from Sancharak district to the provincial capital of Sari Pul when they faced a Taliban ambush," he said.

The group, who did not have any security protection, were returning after campaigning when they were dragged from their taxi at gunpoint.

Afghan security forces said they had launched an operation to find the group.

The latest violence comes after several high-profile attacks in Kabul in the run-up to polling day.

On Saturday, the Kabul headquarters of the Independent Election Commission (IEC) was attacked when five Taliban militants occupied a nearby building and unleashed rockets and gunfire at the fortified compound.

All five attackers were killed by Afghan security forces six hours after the attack began, and there were no other casualties.

Another IEC center, Kabul's most prestigious hotel and a guesthouse run by a U.S. anti-landmine charity have also been targeted in recent weeks.