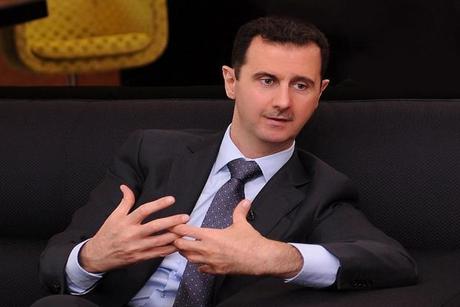 The "project of political Islam has failed," Syria's President Bashar Assad said on Monday, calling for the separation of religion from politics, state television said.

Assad's regime has been battling an uprising that has come to be dominated by Islamists, ranging from moderates to radicals, who want to see Syria run as an Islamic state.

"The project of political Islam has failed, and there should be no mixing between political and religious work," he said in comments on the 67th anniversary of the founding of his Baath party.

Assad refers to all those fighting against him as "terrorists" and has said that he is battling extremists with retrograde ideas.

The president has repeatedly stressed the need for all parts of Syrian society to challenge "extremism".

Assad said his government was also "continuing with the process of reconciliation, because what concerns us is ending the bloodshed and the destruction of infrastructure".

In recent months, Assad's government has negotiated limited ceasefires with rebels who agree to raise the government's flag in their neighborhoods, and in many cases turn over their weapons.

The deals usually follow months-long sieges by the army, which have contributed to humanitarian crises in parts of the country.

Meanwhile, a former Russian prime minister who recently met Assad said Monday that the Syrian president told him he would not flee like the deposed Ukrainian president Viktor Yanukovych.

"The Syrian president told me: 'Tell Putin that I am no Yanukovych and that I will not go,'" Sergei Stepashin told reporters in Moscow after meeting Assad last week.

Assad was referring to Moscow-backed Ukrainian President Viktor Yanukovych who was ousted by a pro-European popular uprising in February and fled to Russia.

"Unlike Yanukovych, he has no enemies in his inner circle... and he certainly knows what he is doing," Stepashin said.

Stepashin, who served a brief stint as prime minister in 1999, said Assad also told him that he expected much of the fighting to be over by the end of this year.

"Within this year the active phase of military action in Syria will be over," Stepashin quoted Assad as saying.

"Afterwards we will be forced to switch to what we've been doing all the time: fighting terrorists and suicide bombers."

Stepashin said he met Assad in one of his residences.

Since the outbreak of a revolt against Assad, Russia has provided political, military and financial backing to the Syrian leader's regime.

The war has killed more than 150,000 people and forced nearly half the population to flee their homes.

"Assad refers to all those fighting against him as "terrorists"".

No, he's referring to the FSA-Al Qaeda jihadist terrorists as terrorists.

he is the biggest terrorist.

Yes, I'm sure your Iranian supporters agree with you. Revelations by a person who ia backed by an Islamic state and an Islamic maltia