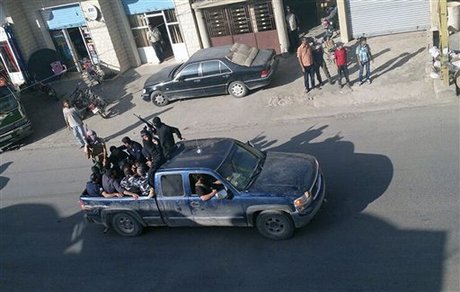 The Muslim Scholars Committee delegation announced on Friday that it was suspending its mediation regarding the release of the soldiers and security forces abducted from the northeastern border town of Arsal.

It explained that it took its decision pending better circumstances in the mediation.

The delegation made its announcement after holding talks at the Grand Serail with Prime Minister Tammam Salam.

“Our services will remain available to the premiership and army,” it added in a brief statement.

Committee spokesman Sheikh Adnan Imama had denied to As Safir newspaper earlier on Friday that foreign mediation had been employed to ensure the release of the captives.

He added however that the committee “welcomes any foreign intervention that would end the crisis.”

Meanwhile, Interior Minister Nouhad al-Mashnouq reiterated in comments published in local newspapers on Friday that “Qatar and Turkey haven't entered the negotiations with the gunmen.”

“Any side involved in the case can suspend its mediation at any time, but the fact is that there is no Qatari or Turkish meddling.”

He pointed out that the “state is carrying out its duties in a confidential manner... Such a case shouldn't be the spotlight in news as this will not benefit the missing personnel.”

The Muslim Scholars Committee delegation has been tasked with mediating the release of a number of soldiers and security forces abducted from Arsal by Islamist gunmen following clashes in the town earlier in August.

The fighting broke out on August 2 between the army and militants in light of the arrest of a member of the al-Qaida-affiliated al-Nusra Front.

The unrest ended with a ceasefire on August 7 and the withdrawal of the gunmen, who kidnapped the soldiers and security forces.

Eight of the captives have so far been released.

Media reports suggested that the captors are seeking to exchange their captives for Islamist inmates held at Roumieh Prison.

my family and I always analyze your comments because you reflect reality and present simple solutions to complex problems. Thank you for helping all of us understand the intricasies of lebanese politics. Much appreciated flamethrower

one hundred percent no one is surprised flamethrower. We should ask the maghaweer to storm the mountains of Arsal in their Apache helicopters and eradicate the terrorists.

why did you negotiate with the same terrorists to release the pilgrims?

Let Abbas Ibrahim handle it. He proved he has strong relationships with both Qatar and ISIL that he successfully employed to release the lebanese 'pilgrims'.

why don't you tell us your unbiased version of what happened in Arsal? LOL

Don't you love it; when an anti-western trolls, lives and enjoys the western freedom and then complain about the west!!!

Hey guys
I just read an interesting article. Goggle this name Simon Eliott. According to this article he is the Caliphe al Baghdadi he is a mossad agent . That explains how he managed to grab 1/3 of Syria and 1/3 of Iraq
check it out

All weapons outside of the state are terrorist weapons. If we first agree on a definition for terrorist, we can follow up by fighting them ( or killing them as you say).

"turkey permits the rape of Shia and Christians".

You still believe these stories? Common...

I always report comments that include incitement, sorry.

the world would be far in better shape without scholars... from all believes