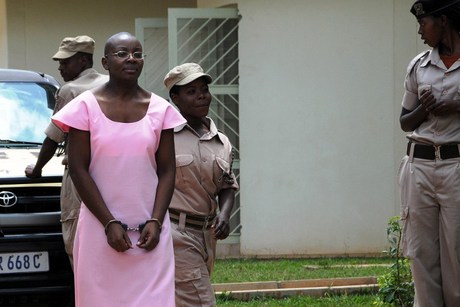 Jailed Rwandan opposition figure Victoire Ingabire has filed a complaint with the African Court on Human and Peoples' Rights to demand a retrial, officials said Friday.

Ingabire was sentenced last December to 15 years in jail for "conspiracy in harming authorities through terrorism and war" and for minimizing Rwanda's 1994 genocide, in which at least 800,000 people were killed by troops and extremists of the Hutu majority.

A Hutu and a leading critic of President Paul Kagame, who took power after a Tutsi rebellion ended the 1994 genocide, she was also found guilty of spreading rumors to incite violence.

Ingabire had denied the charges against her and boycotted her trial and subsequent appeal, which saw her prison sentence increased from eight years.

According to Ingabire's unrecognized opposition United Democratic Forces (UDF) party, the opposition figure has called on the Arusha, Tanzania-based African Court on Human and Peoples' Rights to "order a revision" of her trial and to strike down Rwanda's laws banning genocide revisionism and spreading rumors.

The UDF said her trial was "marked by numerous irregularities", and said Ingabire should be freed pending a retrial and paid damages for her "arbitrary detention".

Her lawyer, Iain Edwards, confirmed a complaint had been lodged, although a court source said it had yet to be examined.

First arrested in October 2010, months after returning from 16 years in exile in the Netherlands, Ingabire, 45, has been a rare voice speaking out and challenging Kagame's rule.

The African Court on Human and Peoples' Rights is a continental court established by African Union member states.