France's Hollande Says Anti-IS Campaign Will Be Stepped Up 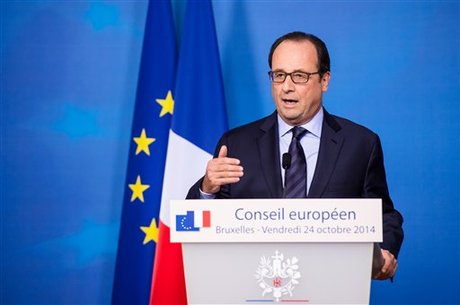 French President Francois Hollande said on Friday that operations will be stepped up against the Islamic State movement in Iraq, which must be "struck hard".

"The pace of our actions is going to speed up. We have collected all the information necessary," Hollande said, when asked about recent French operations in Iraq as part of a US-led coalition air campaign against IS fighters.