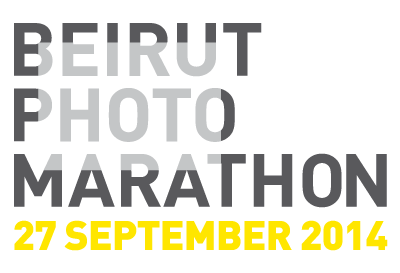 Ninety five photographers took to the streets of the city to produce 12 compelling photos each in 12 hours on 12 themes providing a revealing look into life in Beirut, said the organization FRAME in a press release.

Over 1000 photos depicting 12 themes are now live on a dedicated website, it said.

The Beirut Photo Marathon challenges the mentality of separation in Beirut by mobilizing residents to participate in a city-wide activity creating a collective work of art symbolic of 12 hours in our city, said FRAME.

The organization has also produced a short film documenting marathon day through the perspectives of the participants. The film can be seen here: http://vimeo.com/109577976

Prizes will be awarded to the top four photographers, chosen through an expert-jury and interactive online voting process. Since unveiling the photos online at www.beirutphotomarathon.org over 7,000 votes have been cast and voting will remain open until November 16, said the press release.

The jury includes Ghada Waked, Beirut's Biennial For the Image and professor at the University of Balamand (ALBA) and at USEK Holy Spirit University of Kaslik, Patrick Baz, award-winning photojournalist and publisher of “Don’t Take My Picture, Iraqis Don’t Cry”, Tania Hadjithomas Mehanna, author, co-founder and acting director of Tamyras Publishing House, Katherine Holden and Fanny Ferrato, Trustees of the Philip Jones Griffiths Foundation that furthers the education of the public in the art and science of photography.