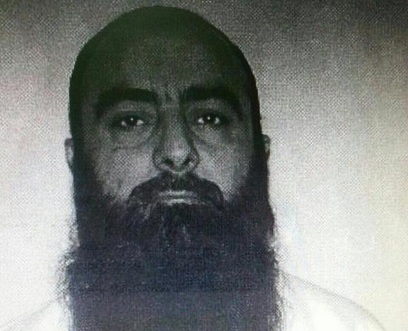 Ahmed Salim Miqati, a terror detainee, confessed during investigations that his group aimed at carrying out a wide-scale assault against the army, revealing that fugitive Salafist cleric Sheikh Ahmed al-Asir is taking the Palestinian refugee camp Ain al-Hilweh, near the southern city of Sidon, as his refuge.

According to As Safir newspaper published on Friday, Miqati surprised investigators with spilling out the roles of his accomplices.

“Don't hit me I will say everything I know,” Miqati told investigators.

Miqati revealed that the group of fugitives Shadi Mawlawi and Oussama Mansour were plotting to participate in the attacks against the army in the coastal city of Tripoli, Assoun and Bakhoun.

Miqati also said that Mawlawi and Mansour were seeking to recruit more army soldiers to increase defections from the army.

Miqati was arrested in October in Assoun during a deadly army raid on an apartment that he and several militants had been residing in for several days. Three gunmen were killed in the operation, including defected soldier Abdul Qader Akkoumi.

According to Miqati, Shaker had urged clerics to mediate with the army intelligence to decrease his sentence so that he hands himself over.

Shaker had fled justice more than a year ago following bloody incidents that erupted in Abra, a neighborhood in the city of Sidon, between the army and supporters of the al-Asir.

god bless the american army and down down with the iranian terrorist militia.

like everything on this earth, this website seems to be evolving and clearing itself of bullshit automatically. its a miracle i would say!

in your absence we can now read some meaningful comments without insults and vendetta. I hope you never come back

As Safir, Al Akhbar, Al Manar, Al OTV, all are respected news sources that never fabricate anything. I mean their history speaks for itself..

may all extremist terrorists be jailed or eradicated whether they are sunni, shia, Christian or whatever.

it is about time Lebanon is for the Lebanese and not for some confession or the other.

100% correct, should they be Sunni, Shia, Druze, Catholic, Maronite, Orthodox, Copt...or whatever...all terrorists must be jailed !!! Lebanon has given enough to religious conflicts.

@geha why was I banned and do you know why?

I hope they torture miqati using the most brutal methods on him. This fountain of info needs to tell them everything starting with his favorite color of underwear.

They don't use underwear

eh... rifi will say he must be judged in a civilian court and declare him innocent.

It seems like your nothing but a Saudi slave . They pay you and ISIS . You are worse than ISIS .