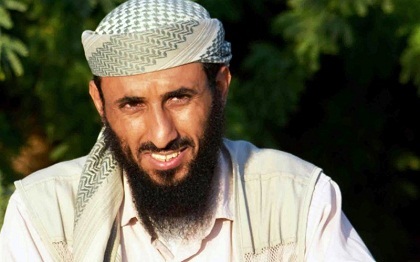 Al-Qaida's leader in Yemen has accused Shiite rebels sweeping across the country of collaborating with the United States and Iran to try to "destroy" Sunni Muslims.

An audio message purported to be from Nasser al-Wuhayshi, posted online Friday, says the aim of the "crusaders and the Iranians is to destroy effective Sunni forces and the faithful mujahideen, and to empower their collaborators."

Al-Qaida uses the term crusaders to refer to Western powers, especially those countries which have intervened militarily in Muslim countries.

The Sunni extremists have been locked in fierce clashes with Huthis Shiite rebels who overran the Yemeni capital in September and expanded east and south towards areas where Al-Qaida militants are active.

U.S. drones conduct frequent raids against militants of Al-Qaida in the Arabian Peninsula, which is considered by Washington as the most dangerous arm of the jihadist organization.

"Huthis have joined in, taking their role alongside the Iranians and the crusaders in the war: the Americans from the air, and the Huthis on the ground," Wuhayshi said in the recording posted on YouTube.

The Yemeni militant, who tunnelled his way out of prison in 2006 along with 22 other militants, accused Huthis of abandoning their open animosity to the United States and Israel and replacing it with hatred against Sunni Muslims.

Their slogan "death to America and Israel has been replaced with destroying Koranic schools and mosques, while the Americans remain untouched in their embassy and military bases," he said.

Lol, US Iran plot? Does that mean the Saudis are in it as well?

These r the m14 heroes