Franjieh Rejects President with No 'Christian Legitimacy', Rules Out Election of 'Centrist' 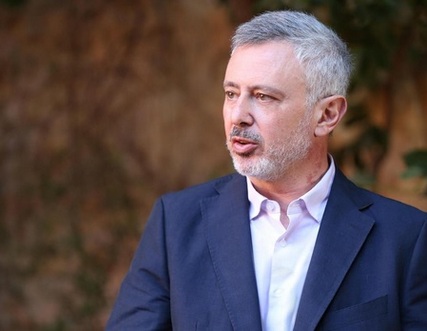 Marada Movement leader MP Suleiman Franjieh on Sunday said he rejects the election of any president who does not enjoy so-called “Christian legitimacy,” noting that he prefers continued vacuum at the Baabda Palace over the election of a “centrist president.”

“There is nothing new in the issue of the presidency and the circumstances are not ripe for the election of a president,” Franjieh said in an interview on al-Jadeed television.

The country's top Christian post has been vacant since May 25 although the parliament has held 15 electoral sessions. Fourteen of the sessions lacked the needed quorum for voting due to a boycott by the Free Patriotic Movement and Hizbullah.

“There won't be consensus over a centrist president. If the election of a centrist was possible, we would not be going through vacuum now,” the Marada leader stated.

The northern leader reiterated that he will not nominate himself for the presidency unless his ally Free Patriotic Movement leader MP Michel Aoun decides to withdraw from the race.

“As long as he keeps his nomination, I will stand by him and support him unconditionally,” Franjieh said.

“If the General pulls out, it would be my right to announce my candidacy,” he added.

Franjieh, however, rejected a recent proposal by Aoun on the direct election of the president by the people.

“General Aoun believes that the president must not be imposed on Christians. I do not think that his proposal would lead to this result,” he explained.

Asked about remarks by Maronite Patriarch Beshara al-Rahi that politicians receive orders from foreign powers, Franjieh said: “I will not respond to His Eminence but I do not approve of his remarks and I don't consider myself one of those he referred to.”

and no necktie, humm?

The real psychopaths, are the ones you support. The mass killers of women and children, such as Geagea. This man Franjieh has been a victim of Geageas crimes aswell. Not a surprise he have this attitude towards your candidate.

“As long as he keeps his nomination, I will stand by him and support him unconditionally,” Franjieh said.

So he is the nominee for M8, yet M8 will not attend the Parliamentary session to vote for him. Strange people, feeble minds.

March 8 is an absolute disgrace to Lebanon. So all of March 8 is supporting Aoun, but they're still boycotting?? Does that make sense??? Hezbollah said Aoun is their candidate and it's final, Aoun said he won't discuss another candidate, Franjieh the Syrian supports the Général; what are they waiting for?? Favourable conditions?

"Asked about remarks by Maronite Patriarch Beshara al-Rahi that politicians receive orders from foreign powers, Franjieh said: “I will not respond to His Eminence but I do not approve of his remarks and I don't consider myself one of those he referred to.”

of course you are not one of those he referred too! LOL

I love this "weak" vs "strong" candidate. What a joke!
If Aoun is a strong candidate let him attend go to parliament and vote, instead of boycotting. That is quite "weak", cowardly and unconstitutional.

Saddest of all, Christians are used by too many sides as pawns. They can never speak up without the fear of death. I'd like to believe this "Legitimacy" But not until the day a Christian can speak freely without fear of consequences in Lebanon.

Oh yeah, and dress like Christian, not an Iranian, that too.

by "christian legitimacy" he means legitimacy given by hezbollah and syria.....