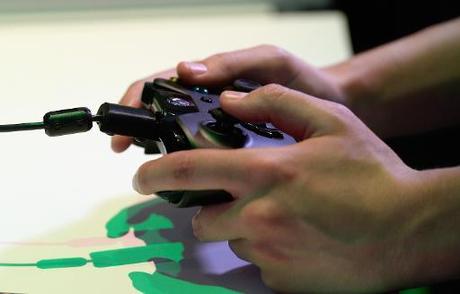 Video game and e-commerce markets are growing "exponentially" across the Middle East and North Africa, driven by the mobile revolution and new youth-produced content, according to a study.

The gaming market is expected to nearly triple in size, from $1.6 billion in 2014 to $4.4 billion in 2022, said the study conducted by consulting firm Strategy& and the Abu Dhabi media regulatory body twofour54.

"Gaming in the region is growing faster than the global average, exceeding even other fast-growing emerging markets such as Russia, China, and South Korea," Strategy& partner Jayant Bhargava said.

So far global games from international developers have captured about 90 percent of the regional market.

But games tailored for local users are expected to increase and capture more than 15 percent of the market within three to five years.

"Accelerated adoption of mobile technology, evolutions in paid and digital media, and a new wave of unique youth-produced content will be key factors in driving media growth in the region," it said.

E-commerce will be a "critical source of digital growth," according to the study, estimating that the $2.3 billion market would grow 13 percent each year up to 2019.

Saudi Arabia and the United Arab Emirates are expected to maintain their combined share of almost 40 percent of the total market up to 2020, said the study, which was published on the sidelines of a media summit which opened on Tuesday in Abu Dhabi.

The audio-visual content market in the region is also undergoing significant changes, led by the transition to paid television.

The study estimates that pay TV will grow 10.3 percent a year, compared with 7.8 percent for ad-based TV.

However, satellite TV dominates the sector, accounting for more than 95 percent of TV distribution.