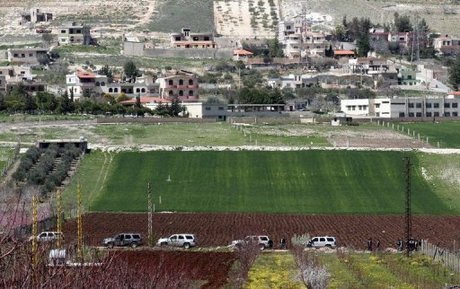 An 18-year-old boy was on Wednesday briefly kidnapped by armed men in the eastern city of Baalbek, the state-run National News Agency reported.

Bernard Serge Salameh was near his home in the "Christian neighborhood" of Baalbek when unidentified gunmen abducted him, it said.

But the teenager was released 15 minutes later, the agency added.

It was not clear if ransom was paid to the kidnappers after reports said they had called his parents to ask for a certain amount of cash.

Kidnapping for ransom has been on the rise in recent years despite a crackdown by police and the army against the gangs involved in such operations.

Security officials say gangs, who once made their money smuggling fuel and contraband through the porous Syria-Lebanon border, have watched their trade wither because of the violence in the neighboring country, so they are turning to kidnapping to make a profit.

The kidnappers and outlaws are known by name, place of birth, and current address. Yet, no one seems to get arrested. Army intelligence negotiates with these terrorists as if they are a state on their own.

wow you seem to be very informed, please provide us with the "name, place of birth, and current address" of the kidnappers then.

you can get this information from your nearest party of terror office. They have a complete database of all their members, online and offline.

lol @ you yapping trolls, the only thing that is known is that you are as laughable and bland as your random accusations

9 minutes ago Lebanese Army: Several servicemen were injured in clashes with gunmen in Hermel's Bowaida, they were caught with 500g of hashish in their possession.

ashraf el ness in action doing what they do best

Followers keep on defending those who are destroying Lebanon....keep in giving them your legitimate voices...
remember only that by doing this you are supporting traitors

is there anyone accused for anyone to be defending anyone?

is this a new attempt at sounding intelligent?

hi puppy troll, i see you're still clinging to my leg. what's that? an attempt to seem relevant?

The dynamic that everyone in here ignores; in the past 25 years have Christians in Lebanon or anywhere in the Middle East have kidnapped Muslims and held them for ransom. This happens multiple times a year in Lebanon. Does anyone see this or am I wrong about this as fact?