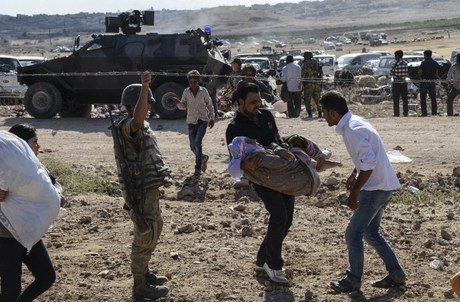 Rudaw said Farhad Hamo and Massoud Aqeel were kidnapped Monday on the road between the city of Qamishli and the Iraqi border.

"Rudaw Media Network demands the release of both journalists and urges local tribes to play their role in securing their freedom," the company said in an online statement.

It said the pair are freelance journalists on assignment for Rudaw.

In its annual report released on Tuesday, RSF said 27 journalists had been kidnapped in Syria in 2014.

It said Syria was the world's deadliest country for media personnel and the territory controlled by Islamic State jihadists in Iraq and Syria one of the world's five most dangerous areas for journalists.