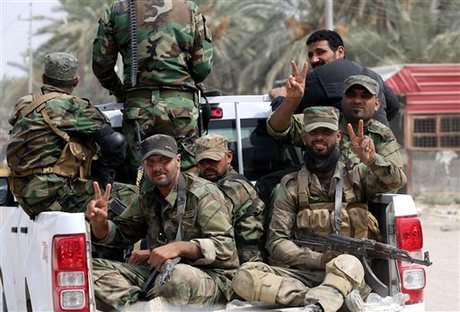 The jihadist group posted footage of the accused being paraded before a crowd but the video deliberately freezes at the point an IS fighter pulls his head back and holds a knife to his neck, the U.S.-based monitoring group said.

After the execution in Syria's northern province of Aleppo, the jihadists paraded the body of the accused on a cross.

IS charged that more than 190 people had been killed in the air strikes that the man had abetted.

In October and November, the Syrian regime sharply intensified its air strikes on areas held by IS or other rebel groups.

In just 40 days, some 2,000 strikes killed more than 500 people, the Syrian Observatory for Human Rights said.

Some of the deadliest hit the IS "capital" of Raqa on November 25, killing at least 95 people, but air strikes have also hit the jihadists in the eastern part of Aleppo province which they control.

IS has earned worldwide notoriety for its release of often grisly video footage of its executions of Western hostages, captured soldiers and civilians accused of breaching its brutal version of Islamic law.

The people inside takfiri occupied areas, wants to be freed by their government, so they get executed as soon as they are spotted. Rest in peace to them, inshallah ISIS/Nusra and all the opposition takfiris will fall soon.

I am assuming you talk daily to the people living in "takfiri" occupied areas and they confide in you regarding their views.