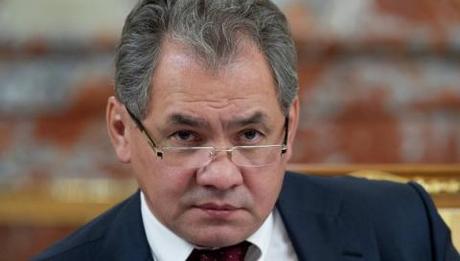 Russian Defense Minister Sergei Shoigu signed a military cooperation deal with Iran on Tuesday that his Iranian counterpart touted as a joint response to U.S. "interference".

Shoigu is the most senior Russian military official to visit Tehran since 2002, according to Iranian media, and the agreement comes with both countries facing Western sanctions.

The deal provides for joint exercises and military training, as well as "cooperation in peacekeeping, maintaining regional and international security and stability, and fighting against separatism and extremism," the Iranian defense ministry website said.

Defense Minister Hossein Dehqan told state television that Iran and Russia had a "shared analysis of U.S. global strategy, its interference in regional and international affairs and the need to cooperate in the struggle against the interference of foreign forces in the region."

Iran demanded $4 billion in compensation for the cancellation of the $800 million order.

"The two countries have also decided to settle the S-300s problem," the Iranian defense ministry said on Tuesday without elaborating.

As Russia has been hit by Western sanctions over its involvement in the conflict in Ukraine, it has stepped up its economic ties with Iran in the past year.

The two governments are also both allies of Syrian President Bashar Assad in his nearly four-year-old conflict with Western-backed rebels.