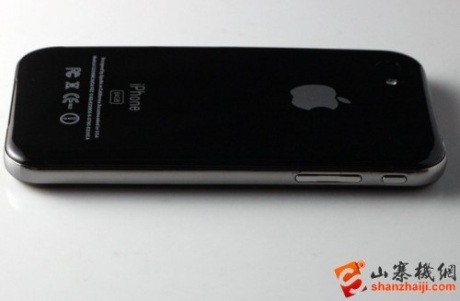 The fake smartphones are available for as little as 200 Yuan ($31) on hugely popular websites such as China's largest online marketplace Taobao.com, which has 370 million registered users.

Customers who left comments online appear to have brushed aside the fact that Apple failed to unveil the iPhone 5 on Tuesday, despite expectations it would. It instead launched an updated, improved version of the iPhone 4.

"It's really great, I've already used it for a few days and it's good value for money," one customer who purchased a fake iPhone 5 said on Taobao.

Some of the smartphones offered are billed as "HiPhone 5" in a bid to avoid accusations of counterfeiting, but photos of the devices show the Apple logo on the back of the phones and "iPhone 5G" printed in the battery compartment.

Even before Tuesday's launch of the iPhone 4S at Apple headquarters in California, Chinese authorities had seized fake versions of the U.S. firm's supposed latest offering.

Vendors said the phones had been manufactured in the southern boomtown of Shenzhen, the report said. The Fuzhou trade and commerce bureau was unavailable for comment.

The craze for all things Apple in China -- which has the world's largest online population with over 500 million users -- has triggered widespread cloning of iPhones and iPads.

In July, an American blogger even uncovered fake Apple stores in the southwestern city of Kunming. Even staff working there did not appear to know the shops were fakes.

Some Chinese fans queue for days to get their hands on the latest Apple products.

Apple has five official stores in mainland China -- two in Beijing and three in Shanghai -- although more shops are authorized to sell its products, while others offer those smuggled in from overseas markets.