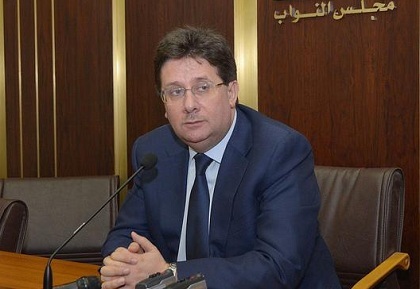 Change and Reform bloc MP Ibrahim Kanaan said on Tuesday that the Free Patriotic Movement is awaiting for the Lebanese Forces to put its comments on the understanding that was reached between the representatives of the two parties in order for the agreements to take effect.

“It is normal for the process to take its time, in particular when highlighting the common characteristics in delicate and important matters,” Kanaan told al-Joumhouria newspaper.

The talks between the officials of the two parties are expected to culminate in a meeting between FPM chief MP Michel Aoun and LF leader Samir Geagea.

Both of them are presidential candidates. Their rivalry and other factors have left Baabda Palace vacant sine President Michel Suleiman's term ended in May last year.

Kanaan stressed that the dialogue between the two parties is to bridge the gap or defuse tension, which were resolved during the first stages of talks, but to reach a breakthrough in the national crises.

“All dialogues pass through bumps and obstacles... but the will to reach a positive result that are in favor of the country and Christians compel us to cross them even if it took a long time,” the MP added.

Last week, LF official Melhem Riachi stressed that there's no delay in the talks with the FPM, pointing out that it's normal for the dialogue to take a long time.

Both of them are presidential candidates.

- This is why Lebanon will never be a real country. Two warlords who fought for Christian supremacy 25 years ago are still at it...

If Caporal declares clearly that "Ebola has confiscated the state decision. That Ebola must surrender its weapons. That he is not for Mutelateh. That the Butcher is an assassin. That the best course for Lebanon is Neutrality". Then he will be my candidate.
But he will not, because he is a traitor to the Christians

Now Caporal is kissing the hands of the Saudis. Followers, shut your mouth and follow.

The general does not care about being your candidate, he is the candidate of the majority of Lebanese people, not of saudi-israeli tools like you.

and lol where do you see him kissing hands? seems like you're really lost in your fantasy world.

Aoun or no one. Some one called him a tsunami and aoun believed it.
This is Aoun's understanding of democracy. This is the student of Bashar and Hassan - Nothing more is expected.