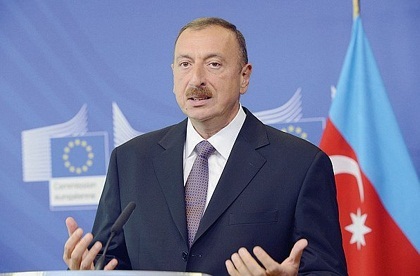 A court in Azerbaijan on Tuesday sentenced to six years in jail a prominent rights activist's brother who was recognized by Amnesty International as a "prisoner of conscience".

The court for serious crimes in the Azerbaijani capital Baku, "has sentenced Siraj Karimov to six years in prison over trumped-up drug-related charges," his lawyer Nemet Karimov told AFP.

"My client's jailing is linked to the political activism of his brother" Faraj Karimov, an outspoken critic of President Ilham Aliyev, the lawyer added.

Recognized by Amnesty as prisoners of conscience, the Karimov brothers were arrested in July 2014 accused of selling drugs.

They claimed they were beaten and tortured in custody to force them to make a false confession.

They accuse the authorities of stepping up a campaign to stifle opposition since Aliyev's election to a third term in 2013.

Aliyev, 53, came to power in 2003 following an election seen as flawed by international observers.

He took over after the death of his father Heydar Aliyev, a former KGB officer and communist-era leader who had ruled newly independent Azerbaijan with an iron fist since 1993.