Abbas to Work with any Israel Govt. Accepting 2-State Solution 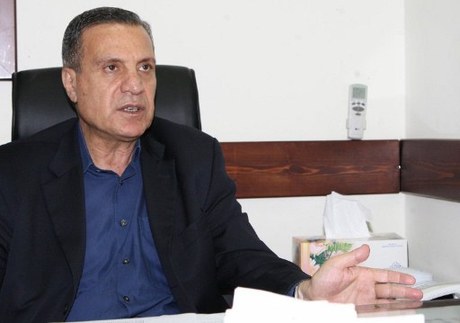 Palestinian President Mahmud Abbas will work with any Israeli government that accepts the principle of a two-state solution, his spokesman said after Prime Minister Benjamin Netanyahu won a shock reelection victory.

"It doesn't matter to us who the next prime minister of Israel is, what we expect from this government is to recognize the two-state solution," Nabil Abu Rudeina said in a statement.

"On this basis, we will continue to cooperate with any Israeli government that is committed to international resolutions," he said, adding that without such a commitment, any future peace negotiations would have "no chance".

On Monday, just hours before election campaigning formally closed, Netanyahu ruled out the establishment of a Palestinian state if reelected, effectively reneging on his 2009 endorsement of a two-state solution.

He also pledged to build thousands of homes for Jewish settlers in annexed Arab east Jerusalem to prevent any territorial concessions that would lead to the establishment there of a Palestinian capital.

Speaking to public radio on Wednesday, Netanyahu confidant Tzahi HaNegbi said that if the Palestinian Authority "changed its attitude" it would find "Likud's hand held out to resume dialogue".

He also denied that Netanyahu had ruled out the creation of a Palestinian state.

Earlier, the Palestinians slammed Israelis for voting for Netanyahu's Likud party, saying they had chosen "occupation and settlement building" over peace talks.

"Israel chose the path of racism, occupation and settlement building, and did not choose the path of negotiations and partnership between us," senior Palestine Liberation Organisation official Yasser Abed Rabbo told Agence France Presse.

In a snap election to Israel's 120-seat parliament on Tuesday, the Likud beat center-left rivals the Zionist Union by 30 seats to 24.

"We are facing an Israeli society that is sick with racism, and a policy of occupation and settlement building... and ahead of us is a long and difficult road of struggle against Israel," Abed Rabbo said.

"We must complete our steps to stop security coordination (with Israel) and go to the Hague tribunal to move against settlements and Israel's crimes in its war on Gaza."

Relations between Israel and the Palestinians have deteriorated sharply since U.S.-brokered talks between Abbas's Palestinian Authority and Netanyahu's government collapsed in April last year.

The breakdown was followed by violence in Jerusalem, a bloody war between Israel and Islamist movement Hamas in the Gaza Strip, and Palestinian moves against Israel at the United Nations and the International Criminal Court in The Hague.

The Palestinians say they will seek action against Israel at the ICC as early as next month.