EU Says Military Action Not the Solution in Yemen 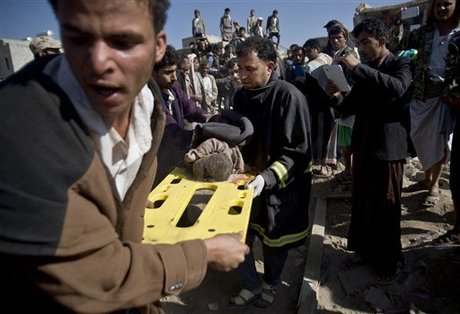 EU foreign policy chief Federica Mogherini on Thursday warned of regional risks from fighting in Yemen and said there could be no military solution, after Saudi warplanes bombed Shiite rebels and sparked Iranian warnings.

"The latest events in Yemen have dramatically worsened the already fragile situation in the country and risk having serious regional consequences," Mogherini, the former Italian foreign minister, said in a statement.

"I'm convinced that military action is not a solution," Mogherini said.

The advance of Shiite Huthi rebels and air strikes on President Abedrabbo Mansur Hadi's compound in Aden were "unacceptable steps towards escalating an already polarized situation," she said, adding that they had "triggered today's Saudi-led airstrikes."

With Saudi Arabia leading an Arab military intervention, and Iran warning that it was a "dangerous step" to take on its coreligionists, Mogherini urged Middle Eastern players to push for peace.

"At this critical juncture all regional actors should act responsibly and constructively, to create as a matter of urgency the conditions for a return to negotiations," Mogherini said.

"Only a broad political consensus through negotiations can provide a sustainable solution, restore peace, and preserve the unity and territorial integrity of Yemen."

The top EU diplomat said that the ability of "extremist and terrorist groups" to take advantage of the situation would "increase dramatically" without a peaceful solution in Yemen.

European nations are increasingly concerned about the threat posed by militants from the Islamic State and al-Qaida from the growing chaos near its borders.

Yemen-based Al-Qaida in the Arabian Peninsula claimed January's attack on the Charlie Hebdo magazine in Paris. The perpetrators of the attack, brothers Said and Cherif Kouachi, were known to have trained with al-Qaida in Yemen.