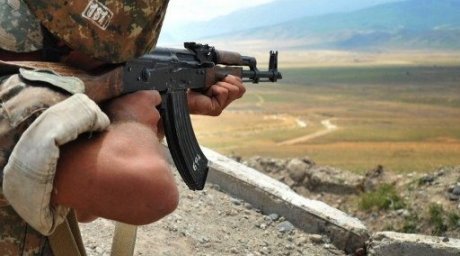 "A Karabakh army serviceman was mortally wounded on Sunday evening by an Azerbaijani sharpshooter," the separatist defense ministry said in a statement.

The death comes after several months of unprecedented violence along the line dividing the warring sides and takes the number of people reported killed on both sides this year to 23.

Yerevan and Baku have been locked in a dispute over Azerbaijan's Nagorny Karabakh region since a bloody war in the early 1990.

Threatening a shaky 1994 truce, clashes between Azerbaijani and Armenian forces across the arch-foes' border and along the Karabakh frontline intensified last year.

Despite years of negotiations, the two sides have not signed a final peace deal, and Armenian-populated Karabakh is internationally recognized as part of Azerbaijan.