Maysak Weakens but Thousands Being Evacuated in Philippines 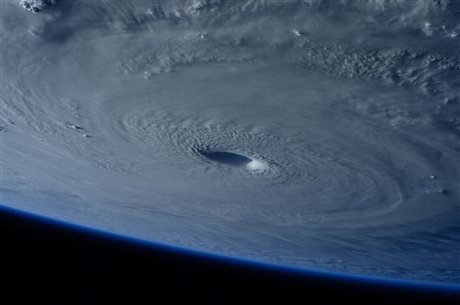 Around 24,000 coastal residents of the Philippines were being evacuated as a precaution from approaching Tropical Storm Maysak on Saturday, officials said, even as experts downgraded the threat from what was at one point a super typhoon.

It was also possible the storm would further weaken to between 65-85 kilometers an hour by the time it is projected to hit the northeast coast of the main Philippine island of Luzon on Sunday morning, he added.

"At those lower intensities, we can eliminate the threat posed by storm surges," he said, referring to giant tsunami-like waves that had prompted local officials to evacuate coastal villages in the area.

Such waves caused many of the fatalities when Super Typhoon Haiyan struck the country in November 2013, leaving more than 7,350 dead or missing.

Even light or moderate rain, if sustained for several hours, can bring floods and landslides in a locality, he noted.

The areas potentially affected have a combined population of about five million people, Social Welfare Undersecretary Vilma Cabrera told a news conference in Manila on Saturday.

About 20 typhoons and storms hit the Philippines each year, many of them deadly, but such weather disturbances are rare in April, the height of the tropical Asian nation's dry season.

Maysak is forecast to strike at the tail-end of a long Easter holiday that saw millions of Filipinos flock to the beaches to escape the heat.

Cabrera said about 10,000 tourists were warned Friday to stay away from the beaches of Aurora province northeast of Manila.

Galang said the eye of the storm was tracked 365 kilometers southeast of Aurora's coast at 3:00 pm (0700 GMT) Saturday.

"We plan to move people out of coastal villages," Nigel Lontoc, a senior civil defense official for the region, told AFP earlier.

In all, some 24,000 people from the coastal province of Aurora, where the storm is projected to make landfall Sunday, would be evacuated, he said.

"We have asked the tourists (in Aurora) to stay in their hotels and avoid the water," he added.

Retired army general Jovie Narcise, who is visiting the Aurora town of Dingalan, said the skies began to darken there in the afternoon as big waves pounded the shore.

Small outrigger fishing boats had been pulled up and stored about 30 meters away from the water to keep them from being swept out to sea, he said.

"There are lots of tourists arriving in the area but they are going to resorts situated on higher ground," Narcise told AFP.