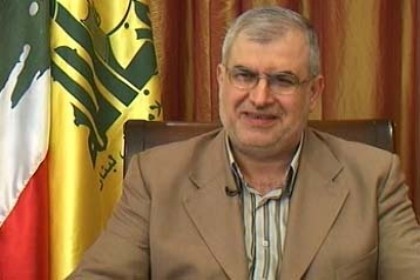 A delegation from Hizbullah arrived in Moscow on Wednesday in the first official visit to the Russian capital, As Safir newspaper reported.

The delegation will discuss with Russian officials the bilateral relations, issues of common interest and the developing situation in the region, mainly in Lebanon.

The daily remarked that the visit is of a parliamentary nature, as the Russian parliament is the side that invited Hizbullah’s delegation.

Head of the Loyalty to the Resistance bloc MP Mohammad Raad headed the delegation that included MP Hassan Fadlallah and MP Nawwar al-Sahili.

The newspaper reported that the delegation will reiterate the resistances’ role in protecting Lebanon, and the continuous efforts by the west to hit the resistance forces and to control decision-making in the region, in an attempt to control its natural resources and abilities.

The delegation was due to hold talks with Russian deputy foreign minister Mikhail Bogdanov on Thursday as part of its three-day visit, Russia’s official RIA Novosti news agency quoted Raad as saying later on Wednesday.

He said the visit aimed to show "the intention to deepen the prospects of cooperation and coordination between Russia and Lebanon."

The group on Wednesday met Konstantin Kosachyov, the head of the Russian parliament's lower house's international affairs committee, which invited the group, as well as other lawmakers, Raad said.

"We exchanged opinions on the situation in Lebanon, (and) the Arab world, discussed the attempts by the USA and the NATO bloc to destabilize the situation in the Middle East," Raad was quoted as saying.

interesting.. but i also can't help but laugh...

what bilateral relations exist between a group of thugs and a Super Power? This party of thugs continues to undermine the State and its institutions, and their self inflated characters lead them to believe they are someone on the world stage.

Notice how now these thugs have added the protection of "natural" resources to their self imposed charter on the Lebanese people. In other words, they now added yet another impossibility to their objectives of keeping their filthy weapons. So, even if Jerusalem is liberated, they will keep those weapons in order to protect Lebanon's natural resources.

They are a cancer that needs to be eliminated, and my hope it will be sooner than later...... Only time will tell.

Terrorists liers lied to Lebanese people over your truth about the resistance, you kept quit after Syrian army entered Lebanese land and your conspiracy is the Jail

"the resistances’ role in protecting Lebanon, "
Yeah, well, please explain that to me , what is your role exactly?

he is just telling them: if you want us to protect your assets in syria give us money to send more of our terrorists there!!!

they are obviously preparing and planning for a post-assad era and how Hezbollah can be of use to Russia against the US's proxy Israel.

When will the Lebanese learn?

Oh I forgot... Hezbollah people are not Lebanese

He is as yellow as the dirty yellow flag behind him......

so they are fishing for some money now that they feel the pressure and the funding cuts from Syria and Iran. good stuff

these are preparations to confront the STL:
- government will resign and they are preparing Karame to take over
- Hizbushaitan is discussing support of Russia to veto any resolution against Lebanon in the UN as it will refuse the STL.

hizbushaitan is trying whatever they can against the STL.
the unknown is Jumblat position.....

Great Move
Will he represent Lebanon or the resistance of the unknown causes?
Will he report to the Prime Minister and the President on his visit or to IRAN and Others non Lebanese?

the halucinatory zionist information war department have seen someone from our glorious resistance on an nahar.

they got their pants pissed from fear. Than their boss called psychiatrist and he told to the ZIWD "write as much spitting posts as you can. Your fear will gradually fade away. Just keep repeating that".

and they keep repeating that process and they fail each time. the fear is stronger and stronger

the big players are entering the scene, that means "hadideh hamieh",
turkish syrian border
turkish farsi border
mahkama( wether they funded or not)
arab uprising
deteriorating economic power of iran
the naval russian bases in banias and tartous..after the killing of two russian "mariners" in banias.
studying the fate of assad's regime....

jaba the camel is no more, as he is an insult to camels!!
camel go back to iran you non electricity paying bootlicker

jaba the camel is no more, as he is an insult to camels!!
camel go back to iran you non electricity paying bootlicker

today s latest comedy show with ahbal continues!!! !
still lots of laughter with clown ahbal!!!!!!!!!
live from dahiye on air for you public!!

in other words: hizbullah knows that syria is falling and iran is getting suffocated by other world powers so now they're trying to find some other country to sponsor their bullshit.

you re right bigdig! it means that the inglorious basterds make me laugh as their stupidity grows day by day!

Stay in Russia and have you some Vodka