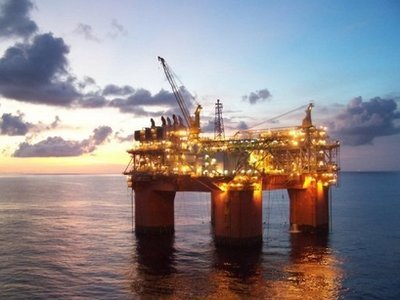 A top U.S. official is expected to visit Beirut to discuss with top Lebanese officials the demarcation of the maritime border with Israel, an issue which was thoroughly discussed by Prime Minister Tammam Salam and Speaker Nabih Berri over the weekend.

Amos Hochstein, who serves as the Special Envoy and Coordinator for International Energy Affairs leading the Bureau of Energy Resources (ENR) at the U.S. Department of State, will travel to Beirut this week.

His visit would come against the backdrop of talks that Berri has held with Salam, al-Mustaqbal bloc leader MP Fouad Saniora and Foreign Minister Jebran Bassil.

The officials have agreed to form a committee of experts which informed Washington and the United Nations that Lebanon holds onto the demarcation of its maritime border under the supervision of the U.N.

They also rejected any Israeli aggression on Lebanon's maritime and oil rights.

Lebanon and Israel are bickering over a maritime zone that consists of about 854 square kilometers and suspected energy reserves there could generate billions of dollars.

The U.S. had offered to mediate between the sides in an attempt to reach a solution.

Beirut argues that a maritime map it submitted to the U.N. is in line with an armistice accord drawn up in 1949, an agreement which is not contested by Israel.

In all cases the money will go in the pocket of politicians...

Salam and Berri with PHD in Maritime law....

To be very clear, Lebanon is not a monarchy. We are not Brunei where the Sultan gets the oil revenue and then distributes what he does not need to his people.
If Berri and co., and here I mean all the secterian leaders, think that they are Sultans, (The Sultan of Nabatieh, The Sultan of Rabieh, the Sultan of Verdun, The Sultan of Beiteddine, The Sultan of Zogharta, etc.), it is because of us, the Lebanese.
We voted for them because they appeal to our fears and basic instincts. We want "strong leaders" instead of strong institutions.

Moreover, I am glad that Amos Hochstein from the U.S. State Department will mediate between us and Israel. I am sure he will be impartial and just.

Actually I think that he will be more just than a John Sununu or Philip Habib who actually contributed to the destruction of their ancestors'land.

it is scandoulous that Lebanon is not collecting this riches! it is solely due to the politicians inability to divide their personal cuts that israel and cyprus are sucking all our oil and gas dry!