Thousands Evacuated as Taiwan Readies for Biggest Typhoon of 2015 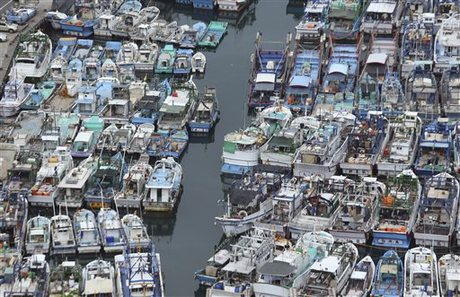 The strongest typhoon of the year was bearing down on Taiwan's east coast Thursday, forcing the evacuation of more than 2,000 from outlying islands popular with tourists.

It is currently categorized as a moderate storm by Taiwan's Central Weather Bureau, although other observatories in the region class it as a severe typhoon.

Soudelor, predicted to strengthen as it approaches Taiwan, is expected to batter the island hardest between late Friday and early Saturday.

A sea warning has already been issued and the weather bureau has said it will also put out a land warning later Thursday.

Around 2,600 people, including tourists and residents, have been evacuated from Green Island and Orchid Island off the coast of the eastern county of Taitung, according to the tourism office.

Ferry services to the outlying islands were suspended Thursday.

"It's (currently) posing a threat to the sea off the eastern half of Taiwan and the Bashi Channel," said the weather bureau.

"The chance of the typhoon strengthening later is still expected."

Taiwan celebrates Father's Day on August 8 and the inclement weather is expected to disrupt many families' plans.

The government warned all departments to take precautionary measures ahead of Soudelor's landing, including preparing for floods, landslides and fallen trees.

"Although it won't have the same effect of Typhoon Morakot, this typhoon is still very well developed," Premier Mao Chi-kuo said Thursday, referring to the storm that killed some 600 people in 2009, most buried in huge landslides.

"It must not be taken lightly," he added in a statement.

Around 32,000 soldiers were on standby for disaster relief, the ministry of national defense said Thursday.

Weather across the Taiwan was still calm Thursday afternoon with blue skies in the capital Taipei and temperatures above 30 degrees Celsius (86 degrees Fahrenheit).