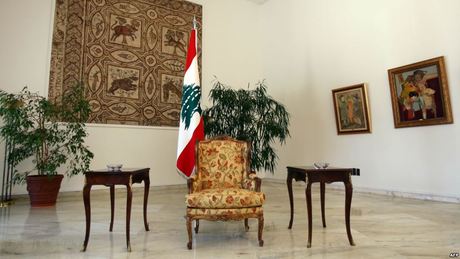 The initiative launched by Mustaqbal Movement leader MP Saad Hariri to nominate Marada Movement chief MP Suleiman Franjieh as president as part of a greater deal to end the political deadlock in Lebanon has lost steam as evidenced by the lack of local and international backing for the plan, reported al-Joumhouria newspaper on Wednesday.

It said that only Saudi Arabia, France, and the United States are pushing for the adoption of the settlement.

“Other regional powers, which consider themselves concerned with the situation in Lebanon, have not made any indication or taken any stance that may demonstrate that they stand behind the initiative,” it noted.

“In fact, it seems that, at best, these sides are not keen on the initiative,” it added.

A source concerned with the presidential elections told al-Joumhouria that the silence over the initiative, in Lebanon and abroad, demonstrates that the vacuum will last a few more months.

Frangieh will learn that his supposed friends and allies are not backing him up....

his friends and allies already had a candidate, and the hariri-saudi "nomination" of franjieh doesn't change anything about that.
but while we're at it, can you remind me who's backing geagea now?

are you that dumb that you can't understand simple english?
yes obviously m8 can't back two candidates at the same time, a choice needs to be made and has been made. franjieh can't go against the choice of his allies and expect his allies to support it.
the saudi hariri nomiation is nothing more than an attempt at creating a rift within m8, but it is doomed to fail. and nice of you to be concerned about franjieh and his friends, but you havent answered my simple question: who's backing geagea now? lol

ps: I find it funny that you're always so desperate to paint me as non-lebanese, (ie: your obsession with calling me "pasdaran" and your other childish gimmicks) while you call yourself TEXASUSA. lol. do you really think you have any bit of credibility in judging who is lebanese and who is not?

pps: i am not worried about geagea as you tried to claim, not the in slightest bit, to the contrary: i'm very amused to see your fake doctor and real war criminal dropped like a used diaper. AGAIN. hahaha

@hodor: "pasdaran" is not an insult, they're actually quite badass and i'd take it as a compliment if it were true.

it's just a childish gimmick of anonyme, who's desperately seeking attention by any means he can, and with any stupidities he can come up with

momo... you're the first one here to call everyone a Zionist, a Wahhabi, an Israeli agent, or a Tafkiri... and then... you give us that:
"I find it funny that you're always so desperate to paint me as non-lebanese, (ie: your obsession with calling me "pasdaran" and your other childish gimmicks) "
lol
Encore une fois... C'est l'hopital qui se fout de la charité! Tu vas finir par la comprendre cette expression... enfin... si tes aptitudes intellectuelles limitées te le permettent...

the theatre called :rift aoun/geagea will end when the rift sunni/shia will end, and it is ending no doubt about it.