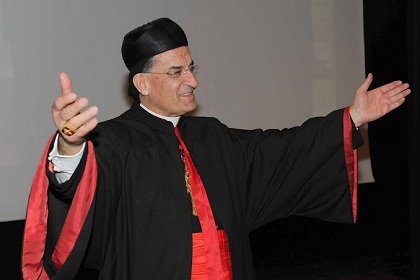 Maronite Patriarch Beshara al-Rahi had recently attempted to hold a meeting for the main Maronite leaders in Lebanon, revealed the pan-Arab daily al-Hayat on Sunday.

It said however that “some sides were not receptive of this call.”

The patriarch's visitors told the daily that some Christian MPs and leaders are “uneasy” over his stances and are “imposing conditions” due to his support of the presidential initiative that is “backed by international powers.”

The suggestion was met with reservations from Christian Change and Reform bloc of the March 8 camp and Kataeb and Lebanese Forces of the March 14 coalition.

Al-Hayat remarked that these reservations were reflected over the Christmas holiday whereby tradition calls for Christian figures to congratulate the patriarch on the occasion by visiting Bkirki.

None of the major Christian leaders visited him this year, it noted.

Notable figures who visited al-Rahi were former President Michel Suleiman, MP Marwan Hamadeh, and Nehmetallah Abi Nasr, who is a member of the Change and Reform bloc.

Al-Rahi had on Thursday demanded “the election of a president as soon as possible” and “urged the political blocs to take the presidential settlement initiative seriously.”

Lebanon was plunged in a vacuum in the presidency after the end of the term of Suleiman in May 2014 without the election of a successor.

The only side which refused the invitation was the Caporal. Let it be known.

Let it be known how this man is destroying the Christians.

In other words, the pretense that it is a sectarian issue is dropped, and the politicians stay true to their (foreign-issued) politics and spit on religion.