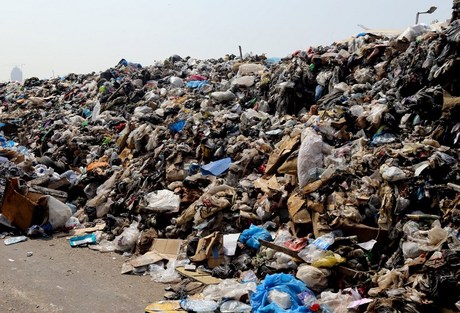 Lebanon's capital will likely once again witness the piling of garbage on its streets if a substitute for the Karantina dumpster, which reached its maximum capacity, is not found, al-Akhbar daily reported on Tuesday.

February 24 is the deadline when the waste contractor for Greater Beirut and Mount Lebanon Sukleen will stop removing the trash from the streets after the disposal ground began to run out of space, as per Sukleen officials.

The company said that two weeks ago it has sent a letter to Governor of Beirut Ziad Shbib informing him that the location which receives the waste of Beirut is flooded but received no feedback from his part.

Since the eruption of the July 2015 trash crisis, Sukleen has been cleaning the streets of Beirut and stacking the garbage in Karantina, awaiting a government agreement on a solution for the crisis.

Communications Director at Sukleen, Pascale Nassar told the daily that the company has not received any notice from the Governor on a substitute location. “Therefore we will stop removing garbage on Feb. 24.”

After contacts with Shbib's office, the daily said it was informed that the Governor has sent a letter to the Council for Development and Reconstruction on February 20 asking it to “expand the capacity of the current space on the property number 1343 in al-Mdawwar parallel with efforts to find another location to store the garbage.”

Sukleen sources said that since the eruption of the crisis, the company has been sending letters to related authorities informing them of the quantities of garbage it has been collecting and the areas that can still accommodate. But the “concerned authorities were not interested because the export plan was supposed to kick off before February 24,” they said.

For his part, Shbib told the Voice of Lebanon radio (100.5) later on Tuesday: “I reassure the citizens that there will be no garbage piling on the streets of Beirut after the set date. We hope that the quick solution is found for the trash crisis.”

A trash management crisis erupted in July 2015 following the closure of the Naameh landfill that receives the waste of Beirut and Mount Lebanon.

Sukleen and Mount Lebanon municipalities had to find alternatives and have therefore disposed of the waste in makeshift dumps inside populated areas and forests.

A plan to export Lebanon's garbage has been abandoned early this week when a scandal broke out revealing that Britain’s Chinook Urban Mining company, which was selected by the government in December to manage the export scheme, may have fabricated its permits.

What is even more LOL is that Berri is in Brussels attending a European Parliament session.

All coz Jumby n company closed Naameh..even though it is GOV owned prop!
Have nt u all (politicians- at least most most of them)) without exception filled yur pockets fr the pocket of z poor citizen of Lebanon..

The general has a plan for the waste crisis that cannot be revealed to the public but he does have a plan. The plan if revealed will jeopardize national security and the resistance strategic defense capabilities. So it s not true that he is just obstructing.