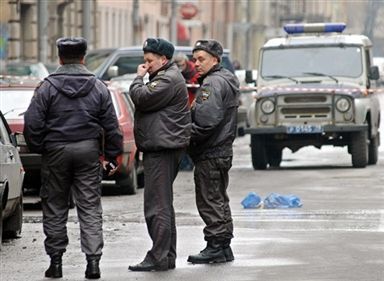 The move was part of a broader amnesty that saw a total of 148 inmates pardoned, a decree released by Aliev's office said.

Among those to be released from prison were prominent rights campaigners Rasul Jafarov and Anar Mammadli as well as deputy head of the opposition Musavat party Tofik Yagublu.

They were all on a 28-member list of "political prisoners" compiled by leading Azerbaijani rights groups.

In a separate move on Thursday, an Azerbaijani court handed a prominent opposition journalist, Rauf Mirkadyrov, a suspended sentence of five years after throwing out the initial six-year jail term, his lawyer Fuad Agayev told AFP.

Mirkadyrov was imprisoned for spying for arch-enemy Armenia in what his supporters say was a politically motivated case.

Western governments and rights activists have repeatedly criticized the leadership of the energy-rich nation of 9.4 million people for widespread rights abuses.

The European Union and international rights groups welcomed Aliyev's decision to free his critics but said the government needed to do more to improve its record.

She described the development as "encouraging", adding that she had recently held talks in Azerbaijan's capital Baku.

European Parliament vice-president Alexander Graf Lambsdorff called the release of opposition activists "a sign that the Azeri government is interested in restoring relations with the EU by respecting such fundamental rights as freedom of speech and assembly."

But other prisoners need to be released as well, he added.

President of the Council of Europe Parliamentary Assembly, Pedro Agramunt, added: "I will continue to work with the Azeri authorities on the issue of detained persons, and I applaud this major initiative."

"It's a very good day for Azerbaijan," he told AFP.

"But there are others who still remain in jail and they all must be freed without delay."

Dissent in ex-Soviet Azerbaijan is often met with a tough government response.

Rights groups say the government has stepped up pressure on critical journalists and political opponents since strongman Aliyev's election for a third term in 2013.

Human Rights Watch has accused the authorities in Azerbaijan of using spurious charges of drugs or weapons possession, tax evasion, and even high treason to jail political activists and dissenting journalists.

The Muslim-majority country wedged between Iran and Russia is considered key to Western efforts to reduce Europe's reliance on Russian energy supplies.