Badreddine: A Hizbullah Chief Mysterious in Life and Death 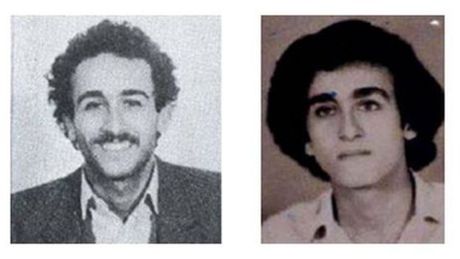 The killing of the enigmatic military chief of Hizbullah remained shrouded in mystery Friday, with his powerful party giving out no information.

Mustafa Badreddine was in a warehouse near Damascus airport when it was rocked by a blast on Thursday night, a Syrian security source said.

No aircraft was heard before the explosion and no one knew he was there, the source said.

The airport and its surroundings adjoin an area of fighting around the Sayyeda Zeinab shrine, which is revered by Shiites around the world.

The Syrian army controls the area, and Iranian and Hizbullah fighters are also present in force.

The military commander was aged around 50 and hailed from South Lebanon.

His military career started in the ranks of the PLO's Fatah Movement. Following Israel's invasion of Lebanon in 1982, he joined the Hizbullah movement newly created by Iran's elite Revolutionary Guards.

He was jailed in Kuwait for attacks on the French and U.S. embassies in 1983.

Shiite activists highjacked a plane in Kuwait in 1984 and a TWA aircraft to Beirut the following year to demand his release, before he finally escaped from jail during Iraq's 1990 invasion of Kuwait.

He has been on trial in absentia before The Hague-based Special Tribunal for Lenanon on charges of masterminding the 2005 bombing that killed Lebanon's former prime minister Rafik Hariri.

Badreddine replaced his mentor and brother-in-law Imad Mughniyeh as Hizbullah's security chief after the latter was killed in a February 2008 attack in Damascus.

And when the Lebanese group intervened in support of its ally President Bashar Assad in Syria's civil war, he became head of military operations.

- Will Hizbullah be affected? -

Most experts agree that his death will have only a limited impact on Hizbullah.

"Despite the importance of Badreddine, Hizbullah's highest ranking secret operative and the man considered responsible for battlefield strategy, I doubt this will impact their operations in Syria," said Maha Yahya, acting director of the Carnegie Center for the Middle East.

"Hizbullah is not a one-man operation, and it is part of a larger entity that is also connected to the Iranian command," she said.

Nicolas Pouillard, a researcher at the French Near East Institute, said the impact of his death would have "symbolic and psychological" consequences.

"He was a Hizbullah veteran -- one of its main military leaders," he said.

Hizbullah has not immediately accused its sworn enemy Israel of carrying out the attack, unlike in previous instances.

Pouillard said: "For the moment, Hizbullah is not accusing any party."

But "Israel and factions of the (Syrian) opposition could ... be involved in this assassination," he said.

It "occurred on the outskirts of Damascus, near the airport area, which is held by the regime", he said.

"There was therefore some intelligence gathering beforehand, which could implicate several Syrian and regional parties."

Lebanese academic Waddah Charara, who has written a book on Hizbullah, said the Shiite group finds itself in a difficult position.

"To accuse Israel of having carried out an aerial campaign is throwing into doubt Russia's efficiency in protecting Syria's air space," he said.

Assad's longterm ally Russia has since September carried out air strikes in Syria in support of regime troops.

"One should not rule out that this assassination could be the result of tensions between the regime, Russia and Iran -- or even rebel shelling," he said.

Hizbullah's number two Sheikh Naim Qassem has said the results of an investigation into the killing would be announced at the latest on Saturday morning.

Badreddine's death is unlikely to affect Hizbullah's involvement on the side of the regime in Syria's brutal five-year conflict.

Hizbullah has sent thousands of combatants -- between 5,000 and 6,000, according to Charara -- since 2013 to help fight both rebels and jihadists.

"It remains to be seen if and when Hizbullah will reach a tipping point where the losses in Syria begin to outweigh the benefits of direct military involvement," said the Carnegie Center's Yahya.

Another dirty terrorist on the payroll of Iran bites the dust.