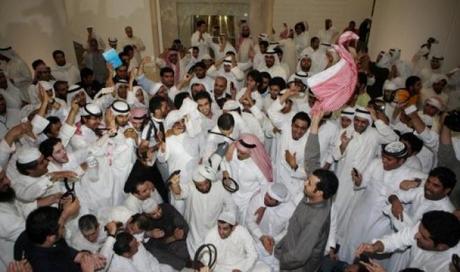 Kuwait's largest opposition group announced on Thursday an end to its four-year boycott of elections ahead of next year's polls.

The Muslim Brotherhood-linked Islamic Constitutional Movement (ICM) was among a broad alliance of Islamist, nationalist and liberal opposition groups which boycotted two general polls in 2012 and 2013 in protest against a change in electoral law.

The opposition alliance said at the time that the change, brought unilaterally by authorities but later endorsed by Kuwait's top court, would allow the government to control parliament.

Earlier this month, a smaller Islamic group, the Principles of the Nation, also ended its boycott.

The alliance will now field candidates for polls in 2017.

ICM said that the opposition's absence from parliament had "contributed to an increase in corruption, a setback in development... and the passing of several laws that breached the constitution."

The opposition held massive street protests in 2011 and 2012 demanding democratic reforms and an elected government.

But over the past two years, the strength of the opposition alliance, which last controlled parliament in 2012, weakened considerably as the groups became fragmented.

OPEC member Kuwait was rocked by political disputes between 2006 and 2012, during which a dozen governments were formed and parliament was dissolved six times.

But the oil-rich emirate, which has amassed over $600 billion in assets, has seen relative calm since July 2013 parliamentary polls.

Although Kuwait has the Gulf's most vibrant elected parliament, a majority of key government posts are still held by members of the ruling Al-Sabah family, in power for the past 250 years.