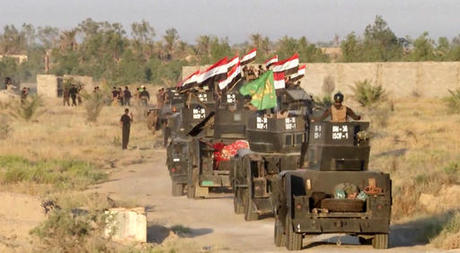 That opens a new direction of attack against the militants in Iraq and Syria.

Adm. John Richardson said in an Associated Press interview Saturday that this unusual arrangement is a demonstration of the flexibility of naval power. The Navy for years positioned its carriers in the Persian Gulf to conduct airstrikes against targets in the Middle East.

The Truman had been in the Gulf but in recent days moved into the eastern Mediterranean and resumed air operations. The Truman eventually will return to its home port at Norfolk, Virginia, and be replaced in the Gulf by the aircraft carrier USS Dwight D. Eisenhower.