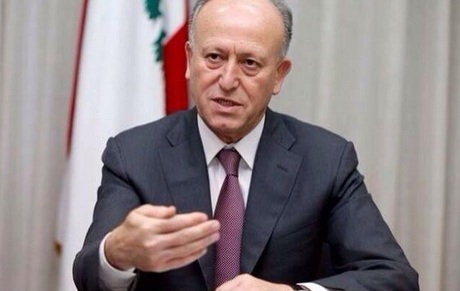 “A group of operatives has arrived in the North region to monitor his movements and activities,” al-Joumhouria newspaper said.

In March, Palestinian factions in north Lebanon downplayed reports about the presence of an alleged “assassination squad” at the al-Beddawi Palestinian refugee camp.

In a statement, the groups denied “media reports about the presence of a cell at the al-Beddawi camp that is plotting to assassinate resigned Justice Minister Maj. Gen. Ashraf Rifi and MP Ahmed Fatfat” of the al-Mustaqbal bloc.

“Our camps in general and the al-Beddawi camp in particular enjoy stable security situations due to the efforts that are being exerted by the (Palestinian) resistance factions and the high coordination with all Lebanese security agencies,” the statement said.

They also expressed readiness to “cooperate in assessing and probing any information about the presence of any individual posing a security threat to Lebanon's stability.”

Earlier that month, Rifi had announced that he had received information about an alleged “Syrian-Iranian” plot to assassinate him and Fatfat.

“I was asked to be cautious seeing as there is information that four individuals at a Palestinian camp in northern Lebanon have been tasked with assassinating either Ashraf Rifi or Ahmed Fatfat with a bomb-laden car or motorbike,” said Rifi.

“They would appear to be members of the terrorist Daesh (Islamic State) group but in reality it would be a Syrian-Iranian intelligence scheme,” the resigned minister noted.

could it be Israel or the zio-neo-classic-saudi-takfiri alliance?

The would be assassins will come from dahieh.