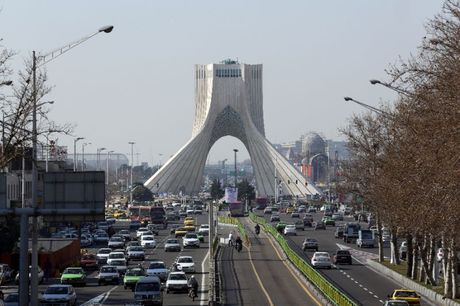 Iran has arrested 40 members of a "terrorist group" who plotted to attack military targets in the southeast of the country, the interior minister said on Thursday.

Iran's southeastern province of Sistan-Baluchistan, which borders Pakistan and Afghanistan, has been the scene of armed clashes in recent weeks between Iranian forces and Sunni militants.

Interior Minister Abdolreza Rahmani-Fazli, in statements carried by the official IRNA news agency, did not identify those detained.

He said the suspects had built a tunnel 40 metres (132 feet) long and 20 metres deep which they had planned to use to carry out attacks.

The governor of the city of Khash in Sistan-Baluchistan said those arrested had "intended to carry out terrorist and sabotage acts" against important military and security centres.

Mohammad Akbar Sharekzehi said the suspects had "advanced military equipment" and were arrested by security forces in a nearby house before they could carry out "their evil plan". The governor gave no further details.

On July 6, Iranian media reported that four Iranian border guards were killed in a clash with armed rebels in Sistan-Baluchistan province without elaborating.

In June, Iranian state television said that a police officer and five "terrorists" said to be members of the Jaish al-Adl jihadist group were also killed in the Khash region.

The same month, Iran's intelligence ministry said it had thwarted a major jihadist plot to carry out bomb attacks in the capital Tehran and other provinces and arrested suspects, without elaborating.

Jaish al-Adl is thought to be behind a number of attacks in Sistan-Baluchistan in recent years, and Tehran accuses it of ties to Pakistan-based Al-Qaeda cells.

Ninety percent of Iran's population is Shiite, but the country has significant Sunni populations in its restive border regions, notably Kurdistan in the northeast, Sistan-Baluchistan and Khuzestan in the southwest.

The province lies on a major transit route for opium and heroin being smuggled from Afghanistan and Pakistan to Europe, the Middle East and Africa.