Lebanese Comments on Mauritania Trigger Spat ahead of Summit 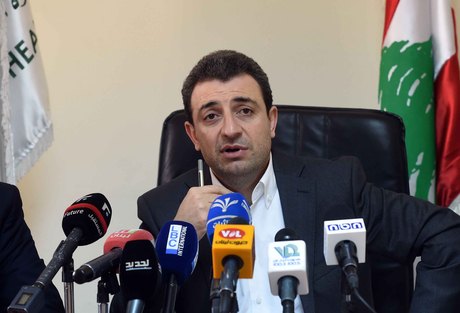 Prime Minister Tammam Salam and the Lebanese delegation attended the Arab League summit in the Mauritanian capital on Monday but were not expected to spend the night there, the Associated Press reported on Monday, shortly after Health Minister Wael Abu Faour questioned the impoverished African nation's ability to host top delegations.

The comments by Abu Faour on a local TV show triggered a spat between Lebanon and Mauritania, where Lebanese officials were attacked by journalists and on social media.

"They don't have the infrastructure and it's miserable," said Abu Faour. "The summit will be held inside a tent," he added, apparently comparing it to previous summits that were held in five-star hotels or luxury conference centers.

The minister later clarified on TV that his statements were not meant against the people of Mauritania and said he got his information from a Lebanese delegation that went to inspect where the summit will be held and where the official delegations will be staying.

He told al-Jadeed TV that the Lebanese delegation will fly to Morocco and spend the night there, then fly to attend the summit, leaving the same day without sleeping in Nouakchott.

But Abu Faour's statements angered Lebanese living in Mauritania who poked fun at their government and politicians, citing a months-long trash crisis that hit Lebanon over that past year and led to piles of uncollected trash building up in Beirut and its suburbs.

"We don't understand the arrogance by leaders who claim they are Arabs, toward a country like Mauritania whose only guilt is that it is a poor country that does not have oil or gold," Atwan wrote.

Mauritanian journalist Naji Mohammed al-Imam wrote in the daily al-Wahdawi that Abu Faour "lives amid mountains of trash" and described Salam as a prime minister "by coincidence."

Lebanese corrupt politicians are used to stay in ultra luxury. They are all thieves who were nobody and think they became somebody. The thief and hypocrite in the picture is a prime example.

Not a single Lebanese politician spends his holidays in Lebanon. They all go to the French and Italian rivieras and to the most exotic places in the world. Then they talk about encouraging tourism in Lebanon.

Well said a Justice, I just hope reset of Lebanese population wake up from its stupor.

another self centered egotistical loser.

Am I the only one that read the title as Lebanese Comments on "Marijuana" Trigger Spat ahead of Summit ?