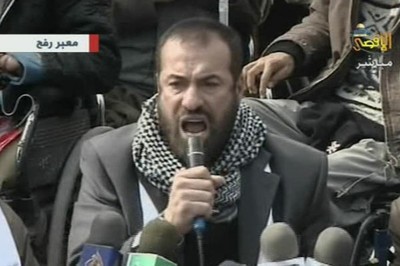 Hamas, the Palestinian party controlling the Gaza Strip, has already itself been proscribed by the United States as a "foreign terrorist organization."

Under the new designation, U.S. citizens and companies will be banned from doing business with Hammad and any property he holds in areas under U.S. jurisdiction will be frozen.

According to the U.S. State Department, which issued the designation, as interior minister Hammad used his position to "coordinate terrorist cells."

I don't understand why people don't trust the judgment of the United States government. What do they expect: truth? Sincerity? Why can't they do what millions of Americans do: just nod, wink, and go about their business? Do you think it's easy being racist? Being a racist is like a child wearing an adult's clothes: you keep tripping over your pantlegs.