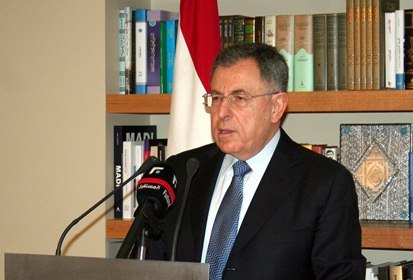 Head of al-Mustaqbal parliamentary bloc MP Fouad Saniora said that the number of bloc MPs rejecting the nomination of founder of the Free Patriotic Movement MP Michel Aoun for the post of president is dropping, al-Akhbar daily reported on Monday.

“We were counting on a larger number of opposition in the Mustaqbal bloc, but the number has dropped to five deputies,” unnamed sources quoted Saniora as saying.

“The number of Mustaqbal deputies who reject the nomination of Aoun for the presidential post is limited to not more than five MPs,” Mustaqbal parliamentary sources told the daily.

“Reports alleging that the number of MPs rejecting the election of Aoun is increasing are unfounded. The opposition is still limited to four or five deputies who have openly declared their position” to head of al-Mustaqbal Movement Saad Hariri added the sources.

“The rest of the deputies are going to vote in favor of Aoun,” they said.

Biggest mistake ever...they just don't know what they are doing!!!

what alternative do they have?

Anyone other than Seniora and Fatfat have ZERO reason to try to pander to the Sunni populace. They are not better than Saad and they owe their entire existence to the Hariri family. This is particularly true of the Beiruti MPs who are in no place to pitch the moral high ground. Go vote for Aoun as your leader decided or quit.

Basita, we really need a president