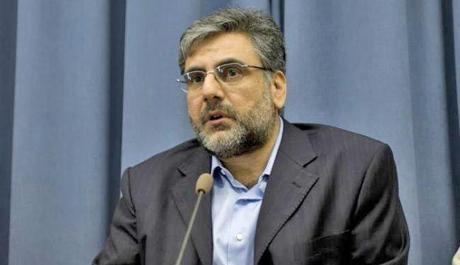 “Based on our alliance, we hold onto the important, consensual and constructive national role that Speaker Nabih Berri has always played and we are holding onto this role in order to protect national accord, reconcile viewpoints and find solutions to crises,” the member of the Loyalty to Resistance bloc added.

Berri's “role is not only limited to the leadership of the parliament and it should continue to be part of the efforts to build the constitutional and national institutions,” the MP added.

The speaker has recently announced that he would join the ranks of the opposition should Free Patriotic Movement founder MP Michel Aoun be elected president, stressing that his bloc will not vote for the FPM founder.

Lebanon has been without a president since the term of Michel Suleiman ended in May 2014.

I totally agree: it seems Amal has one member: Berri. Why doesn't Hezbollah put all its efforts into overturning Article 24 so it can compete for political power in the normal fashion?

I totally agree: Berri is the only member of Amal and Shiites are the majority in Lebanon. You got to give it to brother chrisrushlau for always providing us with concise and correct facts, thanks bruh.