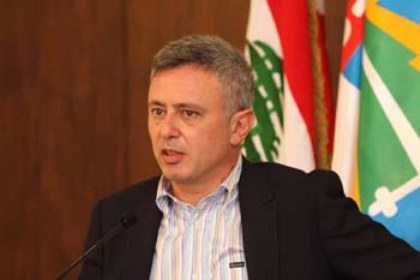 Some serious efforts are underway to convince Marada chief MP Suleiman Franjieh to withdraw his nomination from the presidential race, al-Akhbar daily reported on Saturday.

The daily said that some “unnamed” parties are “testing the waters” and coordinating efforts with the Free Patriotic Movement, of presidential hopeful MP Michel Aoun, to find a way to make Franjieh withdraw his candidacy before Monday's election session.

It added that the parties mediating this solution brought the subject up with Franjieh before contacting the FPM.

Furthermore, some political figures keen on Franjieh's best interest, talked about the MP's possibility to withdraw if he becomes certain that the number of votes that he will obtain in the election session are less than the number obtained by Lebanese Forces chief Samir Geagea in 2014, added the daily.

Many doubt the possibility that Franjieh will not obtain this number of votes, it pointed out.

Speaker Nabih Berri has summoned lawmakers on October 31 for the vote, which will go ahead if a quorum of two-thirds is reached.

The only chance for the Lebanese people to have a sustainable peace is to emancipate themselves from the feudal system. In the past decades some visionary people tried to initiate actions and to pave the way towards enlightenment, unfortunately they were not successful, because religion has been always abused by politicians (read feudal families, supported by religious leaders), religious leaders should have a serious responsibility on their conscience and if they are honest and sincere of their preaching then they should take action to disconnect religion from politics.

Democracy means anyone can run for office and elections happen. Unless we want to follow our "sister" Syria and have 99.99% percent vote for the only one running.