Belgium's Molenbeek Struggles with Jihadist Tag a Year after Paris 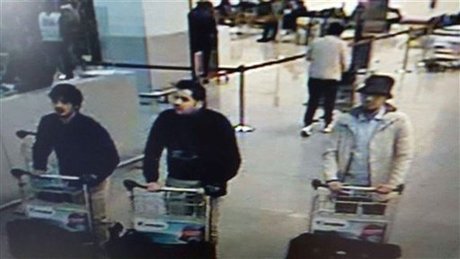 One year on from the Paris massacres, the gritty district in Brussels that was the launchpad for the attacks is struggling to shed its reputation as a jihadist hotbed.

Molenbeek, a largely immigrant neighborhood, is notorious not only for its role in the November 13 atrocities in France, but also as the home to perpetrators of the deadly March 22 bombings on the Belgian capital's metro and airport.

"Even in France, when you say 'Molenbeek,' it means terrorist for them. That makes me feel bad for all of Belgium," Molenbeek resident Kamel told AFP without giving his last name.

The Abdeslam family still lives in Molenbeek's main square, but without two of its four sons.

Brahim blew himself up in a Paris cafe on November 13, while his brother Salah, the only known surviving member of the jihadist squad, awaits trial in a prison south of Paris.

Mohamed Abrini, the so-called "Man in the hat" seen on CCTV at Brussels airport just before the attack there, lived in an apartment only 50 meters (yards) from the Abdeslam family.

Paris ringleader Abdelhamid Abaaoud also hailed from Molenbeek before becoming an Islamic State fighter in Syria and dying outside Paris in a French police raid five days after the attacks.

Two days after last year's atrocities, Belgian Prime Minister Charles Michel called for a "greater crackdown" in Molenbeek as he described its links to militants as "a gigantic problem".

Michel's government has since launched the so-called "Canal Plan" to fight radicalization in Molenbeek and other poor immigrant and crime-ridden neighborhoods. The plan is named for an old industrial waterway which passes through them.

"We have identified 57 individuals threatening the state," Interior Minister Jan Jambon said recently, adding they were in the sights of the intelligence services.

Molenbeek Mayor Françoise Schepmans said she has received the support of most of Molenbeek's 100,000 citizens, many of them of Moroccan origin.

"The important thing is really to dry up the breeding ground for crime, which is linked to radicalism," Schepmans told AFP.

New initiatives have been launched, including Molengeek, which is trying to attract young people to create high-tech start ups.

"It has attracted the attention of many players who want to get involved in interesting initiatives," said co-founder Ibrahim Ouassari, citing support from U.S. tech giants Google and Microsoft.

Since its launch in April in an old brewery, the Millenium Iconoclast Museum of Art (MIMA), which exhibits street art, has attracted 30,000 visitors from the ritzier, more fashionable side of the canal.

But there is a lot of history to overcome.

Analyst Claude Moniquet, CEO of the Brussels-based European Strategic Intelligence and Security Center, said that for the past two decades Molenbeek has played host to fighters from wars in Algeria, Afghanistan and Bosnia as well as in Syria and Iraq.

It has even been linked to the 2001 assassination of iconic Afghan leader Ahmed Shah Massoud, the 2004 Madrid train bombings as well as other jihadist attacks in Belgium, including the 2014 murder of four people at the Jewish museum in central Brussels.

Part of the blame, Moniquet said, lies with local politicians who failed for years to face up to extremism in order to keep "social peace" and continue getting elected.

For now, residents say they feel people still see Molenbeek as a ghetto, cut off from wider Belgian and European society.

"On the issue of work or housing, if you say you come from Molenbeek, they tell you we will call you back and they don't call you back," said Abdel, who fears he is on a "blacklist".

Others expressed fears about alleged police brutality and racism as Human Rights Watch warned that Molenbeek and other neighborhoods have suffered from "heavy-handed" raids that undermine efforts to prevent further attacks.

As to whether Molenbeek can shed its reputation, the jury is still out.

"I will ask you to come visit in a year to tell our story," MIMA creator Michel de Launoit told AFP.

"It will perhaps be a different story."