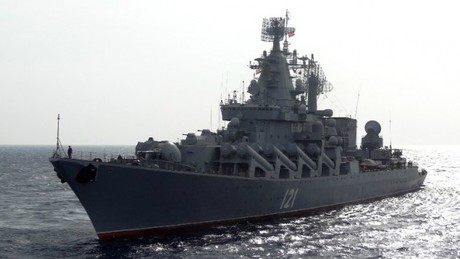 A flotilla of Russian warships is now in the eastern Mediterranean off the Syrian coast after being sent to reinforce Russia's military in the area, a naval commander said on state television.

The commander of Russia's flagship Admiral Kuznetsov aircraft carrier Sergei Artamonov said via videolink that the ships are "in the eastern Mediterranean" and "are now jointly carrying out tasks, manoeuvering to the west of the Syrian coast".