Ibrahim: Two Mediators Negotiating File of Servicemen Abducted by IS 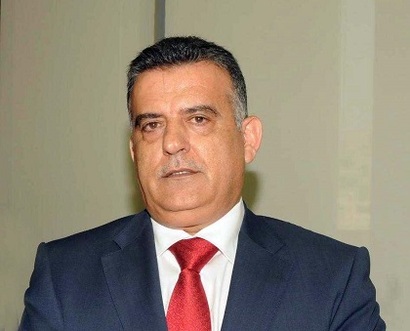 The file of servicemen abducted by the Islamic State extremist group is back in the spotlight, following Thursday's meeting between their relatives and President Michel Aoun, and the declaration of General Security chief Maj. Gen. Abbas Ibrahim that new mediators are negotiating to reveal their fate.

Ibrahim, who attended the meeting between the relatives and Aoun, told al-Joumhouria on Friday: “We have been communicating with two mediators for the past two months. The first mediator is in the outskirts of Arsal, and the second is in Syria's Reqqa. They were tasked by the General Security to communicate and negotiate with the kidnappers and investigate the fate of the abductees.”

“We can say that the path of the process is still serious, and negotiations with the abductors through the mediators continue regardless if the abductees are dead or alive. We insist to know their fate in order to reach a closure for this file and appease their families who deserve after a long-wait to know the fate of their sons,” added Ibrahim.

On the DNA tests that were run on relatives of the servicemen and on dead bodies found by the General Security on the Lebanese-Syrian border, Ibrahim said: “the tests did not match.”

The dead bodies found on the border, belong to missing non-Lebanese and the General Security is working on finding their identities, the daily added.

The IS group and al-Nusra Front, which re-branded itself as Jabhat Fateh al-Sham in July when it split from the al-Qaida movement, abducted over 30 servicemen in clashes with the Lebanese army in the northeastern border town of Arsal in August 2014.

Sixteen held by the Jabhat Fateh al-Islam were freed in December 2015 through a Qatari-mediated deal that also included a prisoner swap to release a number of inmates from Lebanese jails.

The two groups had previously executed four of the hostages.

Nine hostages are still being held by the IS and their families do not know much about their fate.

thank you and khappy new year!

Will aoun continue to allow the general security to be under shia and iranian influence now that he achieved his childhood dream of becoming president or will he restore Christian rights and give them back what was rightfully theirs as he promised?

When Aoun was not president he and the FPM used to disrupt and bicker over everything and he used 'populist' slogans to gain him popularity within the Christian community. Now that he became president things that he used to champion like the mechanism for government appointments and having at least 3 candidates for each government/military position flew out of the window. The appointment of the new Ogero Chief is a case in point where no other names were submitted. The position of General Security will never be given back to the Christians. It is a shia stronghold and short of a civil war nothing can be done about it.