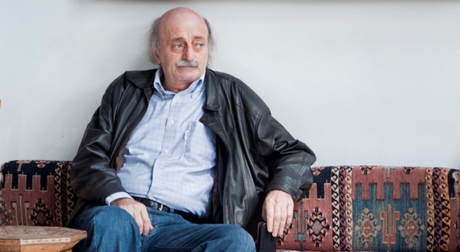 Leader of the Democratic Gathering bloc MP Walid Jumblat said he insists on “positive dialogue” as for discussions on a new electoral law for the parliamentary polls, and stressed that endorsing a new law is a delicate matter that requires “precision, patience and dialogue.”

Likening the electoral process to a medical operation, he said on Twitter: “The electoral law is a delicate operation. Its successfulness requires precision, patience, consultations and dialogue.”

The Progressive Socialist Party leader, Jumblat, stressed that all political parties without any exception must agree on the new law and none should be excluded out.

“By the way, the operation can not be successful if one of the surgeons was excluded. Therefore we insist on having positive dialogue away from the atmospheres of torpidity prevailing in the operation room,” he said.

Hizbullah has repeatedly called for an electoral law fully based on proportional representation but other political parties, especially al-Mustaqbal Movement and the Progressive Socialist Party, have rejected the proposal, arguing that Hizbullah's weapons would prevent serious competition in the Iran-backed party's strongholds.

Mustaqbal, the Lebanese Forces and the PSP had proposed a hybrid electoral law that mixes the proportional representation and the winner-takes-all systems but the PSP eventually withdrew its support for the proposal.

The country has not voted for a parliament since 2009, with the legislature instead twice extending its own mandate. The 2009 polls were held under an amended version of the 1960 electoral law and the next elections are scheduled for May 2017.