U.S. Lawyer for Lebanese Man Held in Iran Calls Him a 'Hostage' 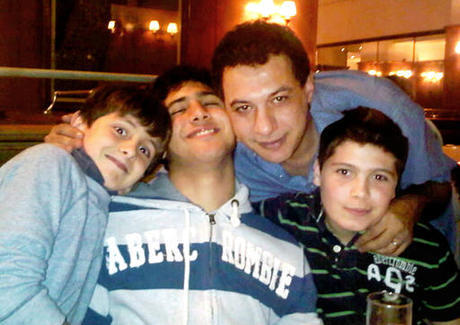 A Washington-based lawyer for a Lebanese citizen and U.S. permanent resident imprisoned in Iran has described him as a "hostage."

Jason Poblete said in a statement on Thursday that Iranian allegations that Nizar Zakka confessed to authorities are "completely false."

Poblete demanded the immediate and unconditional release of Zakka, a Lebanese computer expert whose organization previously did contract work for the U.S. government, and all other Westerners held by Iran.

Zakka was detained in September 2015 after speaking at a conference attended by President Hassan Rouhani at the Iranian government's invitation.

Zakka is serving a 10-year prison sentence and faces a $4.2 million fine after a closed-door trial.

Zakka is serving a 10-year prison sentence and faces a $4.2 million fine after a closed-door trial.

yea sure, all spies should have a public tribune to reveal all the secrets they stole

any proof he is a spy or your wilayat al faith ideology says so?

his Nassrallah is an iranian spy and he should be tried in public.

I hope Naharnet will mention Nizar Zakka everyday, he needs to know that the country supports him despite the lack of interest shown by the president, minister of foreign affairs and the head of government.

You're not alone Nizar, the Lebanese people are with you!

are you friends with the Zakka family?

you clearly have no clue what the contra affair was..

One with a Double confirmed Sighting.

at your service
Your On-Demand Spotting Specialist

I respect Mr. Mowaten because he has a lovely smile.