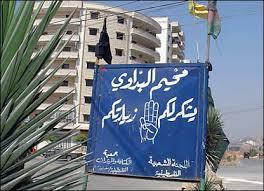 The wounded were transferred to hospitals in Tripoli for treatment as the camp's joint security committees were trying to contain the situation, NNA said.

“A state of anxiety and tension is engulfing the camp,” the agency added, noting that the leaders of the Palestinian factions were holding a meeting at the headquarters of the Popular Committee.