Paris: We Haven't Yet Linked between UNIFIL Attack, Syria Crisis 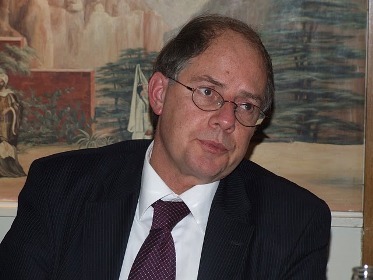 The French foreign ministry said Friday Paris did not have enough information that allows it to link between the attack on its troops in southern Lebanon and the active role France is playing concerning the situations in Syria.

“We have not yet linked” between the attack and the Syrian crisis, foreign ministry spokesman Bernard Valero told reporters.

A bomb struck a French U.N. peacekeeping patrol on the outskirts of the southern city of Tyre on Friday, wounding five soldiers in an attack President Michel Suleiman said was aimed at driving French troops out of the country.

The incident marks the third such attack this year against the U.N. Interim Force in Lebanon (UNIFIL) and comes at a sensitive time when Lebanon is bracing for a possible fallout from the nine-month uprising in neighboring Syria.

Valero urged a “serious probe … that unveils the circumstances of what happened,” adding that “until now we don’t have any elements that allow us to blame a certain party.”

Asked about the impact of the attack on the mission of the French UNIFIL unit, Valero said “when we get the results and recommendations” of the ongoing strategic assessment of UNIFIL’s mission “expected in early 2012, we will draw the relevant conclusions concerning the French force and its mandate, structure and role.”

I predict these unprincipled and immoral hegemons will establish a link regardless of whether one exists.

Your work has already been done for you by inspectors Gabby, peace and thepatriot with the help of the psychic allouchi. Plese check with them for new revelations. Isn't France fortunate to have these 4 maskharataires working in the service of the land?

You don't have to wait at all. Meussieu Meron Emadi (Frenchized name), the French-Druze-Syrian-Kurdish-Jewish citizen already knows and will report this finding back to the homeland ASAP.