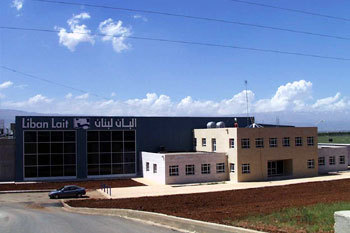 The Lebanese army succeeded on Sunday in releasing Ahmed Zeidan, one of the managers of dairy company Liban Lait who was kidnapped on Wednesday.

He was found in the outskirts of the town of Brital in the Bekaa, reported Future News on Sunday.

His abductors were also arrested, it revealed.

The army command later released a statement confirming the arrest of several of the abductors.

It revealed that they were found in possession of foreign currency, light weapons, different military equipment, and a considerable amount of drugs, as well as an advanced wiretapping devise.

It said that its raids are still ongoing to arrest the remaining kidnappers.

LBC television reported that three Lebanese and a Syrian were behind Zeidan’s abduction.

They are in a critical situation and were incapable of even asking for a ransom for the kidnapped because they were being chased by security authorities, it added.

In addition, it revealed that Speaker Nabih Berri played a role in the release where he exerted his political pressure ensure Zeidan’s liberation.

Zeidan later met the speaker at his Ain al-Tineh residence in Beirut.

On Saturday, the army raided the houses of the suspects in the towns of Brital and Hourtaala.

It succeeded in arresting several suspects, finding in their possession various weapons and equipment used in forging currency.

He was kidnapped at gunpoint on Wednesday by five unknown assailants.

The kidnappers forced him into a black SUV and drove off to an unknown location.

They left his car, a Volkswagen, near the Liban Lait factory where they kidnapped him.

these situations are on the increase in Lebanon and we are never being told who is behind it and what are their reasons and who are they allied with. its time
expose the darkness and bring it into the light.

It's funny how Berri had to use his "connections" to liberate Zeidan? Connections with who? Who harbours such criminals and turns a blind eye to their activities one must ask. Flock of the same feather travel together Mr. Berri! Your a white collared gangster criminal theif!

From the way berri acted ،،it is obvious they are his drug dealers thugs.

It's a wake up call..Many Lebanese are suffering inside their country what else could be worse!!! The salvation is in the hand of the Lebanese people...Start buying Lebanese, Taxed the import on potato, tomato, .....
Build a new economical strategy/ Plan ...Take our legitimate share form Al Assi river..Encourage entrepreneur to invest in Bekaa....
Seriously speaking the 1 sqm is for 2000$ and the average Lebanese Joe earns 600$ per month.... This means for 150 sq apartment our average Joe needs to work 16 hours for 50 years....Without food & beverage, Shelter, and transportation.....This is insane.. Lebanese Trash like Shab have no clue of reality…Their primitive brain depends on media outputs to get some basic political analysis…good guys VS Bad Guys
PFFFFFFFFFFFFFFFFFFFFFFFFFFFFFFFFFFFFFFF
MrBrain